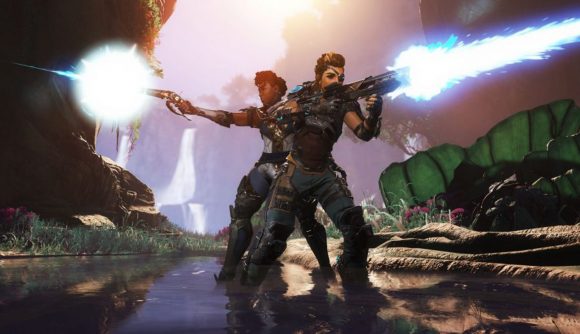 Two modes are being removed from Amazon’s free-to-play shooter Crucible, and the current “pre-season” period has been extended indefinitely. The modes, which make up two-thirds of the currently available selection, are to be retired in phases, only weeks after formal launch.

Developer Relentless put up a news update (via Eurogamer) that talked up the last couple of weeks for Crucible, and revealed the team will be focusing efforts on the mode most enjoyed by players so far and sidelining the others for the time being. “The community has rallied around Heart of the Hives in an amazing way. Moving forward, we’ll be putting all of our efforts towards Heart of the Hives and what we can do to make that mode shine.” the update reads. “This does mean that we’ll be retiring Harvester Command and Alpha Hunters for the foreseeable future. We’ll be removing Alpha Hunters from the list of game modes soon, and Harvester Command once our new player experience has been improved.”

Heart of the Hives is a Monster Hunter-esque PvPvE mode where you’re in a race against other teams to gather three hearts from beasts that are roaming the arena. Harvester Commander is about capturing and holding territories, and Alpha Hunters is just a straight death-match between eight pairs.

The pair modes will be removed gradually as development is rejigged to center on Heart of the Hives and “elevate the Crucible experience.” As such, Season 1 won’t be hitting its July start date. While this may seem drastic, Colin Johanson, franchise leader on Crucible, maintains it’s all part of the pre-season as the game finds its legs in an accompanying video. He says Season 1 won’t start “until we feel and we hear from our community that the game is ready to begin its first major live season.”

It’s very likely the idea was to launch with three modes and just see what sticks to shape the first season. Our Imogen was certainly impressed in her preview earlier this year, so we’ll have to see what happens.