It’s been over six months since medieval grand strategy game Crusader Kings 3 murdered its way into our hearts, and everyone’s been eagerly awaiting news as to what’s coming next. We’ve known today’s Paradox Insider event was going to bring news regarding the historical strategy game’s initial stab at expansion content, and the first Crusader Kings 3 DLC has been revealed as Northern Lords.

The question is, will this be enough to satiate everyone’s appetites? This first expansion is a ‘flavour pack’. You might also know them as ‘immersion packs’, or even ‘country packs’ from some of the other games Paradox makes. These are essentially minor add-ons that focus on small features or thematic content, as opposed to introducing major new mechanics or overhauls.

Northern Lords mainly introduces new thematic assets for characters of the Norse culture. There will be new character art (including new hairstyles and clothes), new music, and new 3D models for things like holdings and units. There’s also a bunch of scripted content involving new events, decisions, even legacies.

Adventurers can go settle foreign lands, and played characters can join in, and there’s a new Historically Accurate (TM) ‘High Kingdom’ around the North Sea you can try and form, for the bants. 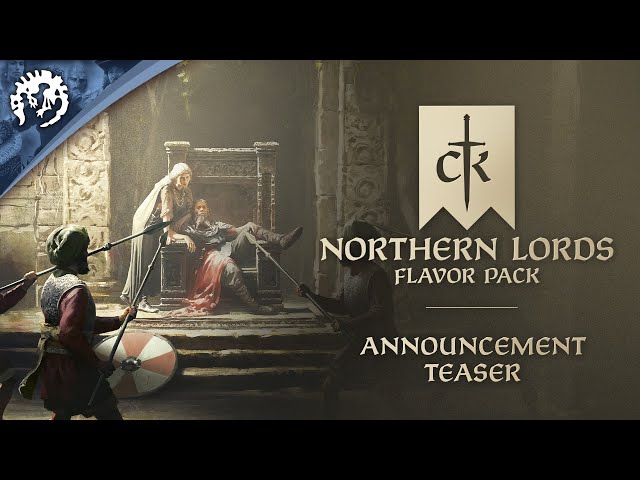 As is tradition, there’s a free patch accompanying this DLC although even this is modest in terms of what it brings to the game. Winter is coming, as we’ve reported on before, as is ‘duelling’ which can be to-the-death, or just to first blood, with plenty of character interactions to influence the event.