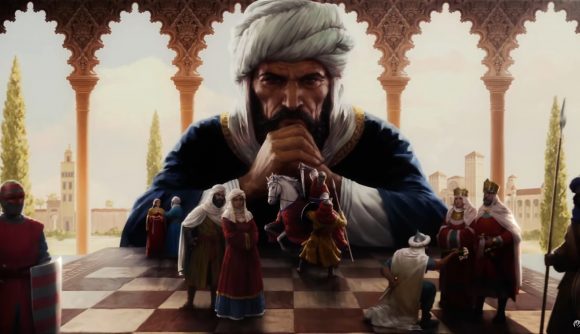 Medieval Spain takes centre stage in the next add-on pack for Crusader Kings III. The feudal grand strategy game’s next piece of DLC is called Fate of Iberia, and Paradox has revealed that its release date is set for May 31.

Seasoned Crusader Kings players will know that the Iberian peninsula is one of medieval Europe’s most dynamic regions, with internal dynastic squabbles and massive cultural upheavals coming fast and furious over the course of a couple centuries. Fate of Iberia focuses on these, adding a new Struggle system, as well as a heap of new events, decisions, clothing and headgear for the cultures of the region.

Crusader Kings III covers the period of the Reconquista, which historically saw predominantly Christian states wage wars against the Muslim rulers who had claimed most of the Iberian peninsula in the 8th century. In Fate of Iberia, you’ll have the option to either attempt to unify the realm under one faith, or broker a peace by dividing the land between the warring creeds. 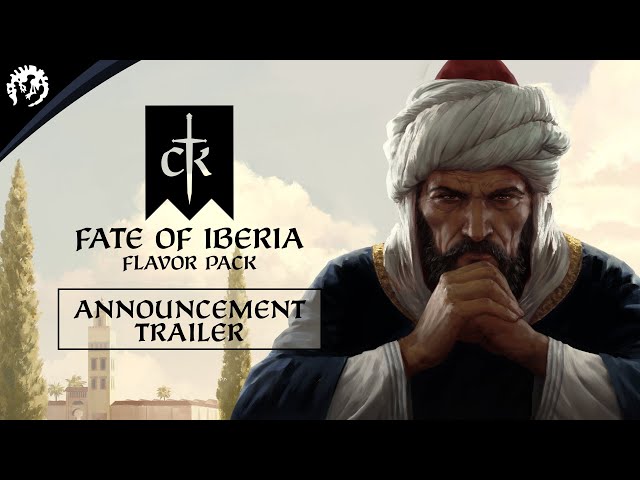 It will be interesting to see how this interacts with the recent overhaul to Crusader Kings III’s culture system, introduced in the update that arrived with the Royal Court expansion earlier this year. However, Fate of Iberia is introducing a new system of its own, called Struggles.

Paradox hasn’t said much about the Struggles system, but it will apparently create new options for handling regions that have been centres of historic conflict. Screenshots Paradox has shared shows the new pop-up for the Iberian Struggle, and it indicates that each phase of a struggle will have specific effects in terms of war, religion, culture, and other factors. 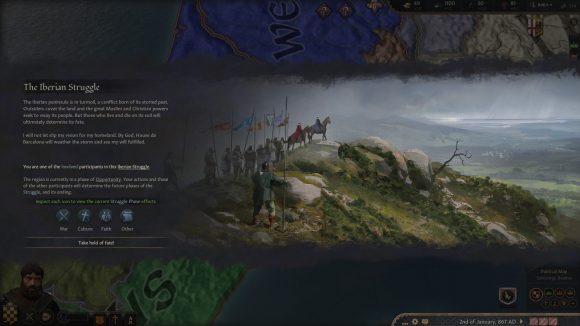 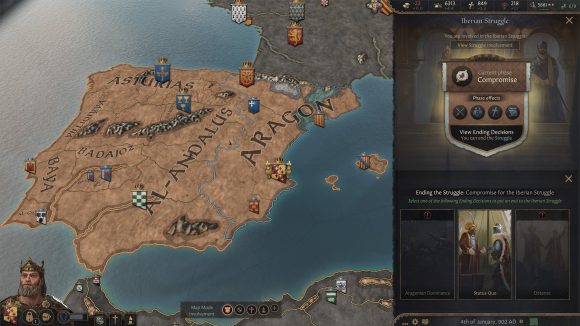 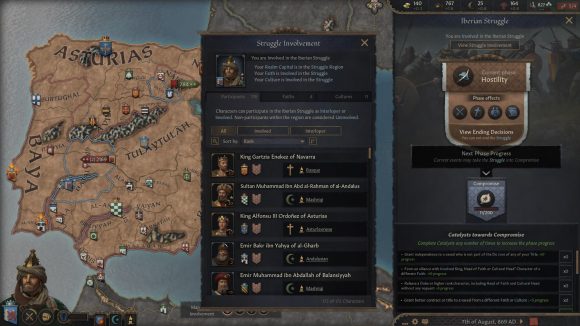 The Iberian Struggle can end in several ways, with one shot displaying options for maintaining status quo, establishing an Argonian dominance, or de-escalating to a détente.

Fate of Iberia will also include new events, new music, two new legacy tracks, new cultural traditions, and the ability to ‘duel’ your ruler’s friends and adversaries on the chessboard. Checkmate.