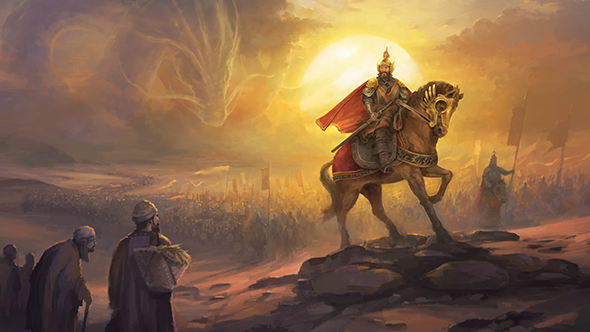 If you don’t own Crusader Kings II, its Steam page is even more daunting than its learning curve. Buying the game and every piece of DLC Paradox Interactive has published for it will cost you $317.37 USD. For Europa Universalis IV, a complete set is a bit cheaper, weighing in at just over $250. Paradox is looking at new ways to sell their games as new leadership prepares to take over, and industry trends like free-to-play models are on the radar.

During a closed-door conversation with journalists at PDXCon this year, Paradox leadership were frank about their thoughts on some of their missteps over the past seven years. While Paradox has seen major successes in that timeframe, senior management said they’re exploring new ways to make their games profitable than the tried-and-true “premium plus DLC” model they’ve relied on for their core titles.

Paradox has made two of the titles on our of the best strategy games for PC.

Ebba Ljungerud, who will replace Fredrik Wester as Paradox’s CEO in August, told reporters that a major issue the company faces is an audience that’s been “conditioned” by the rest of the games industry to think of all DLC as essential parts of a title.

“The conditioning is, if you don’t get all of the content then you’re missing out on something, which is not true in our games,” she said, as GamesIndustry.biz reports. “We need to get better at bundling and presenting stuff on our product pages, so that when you come in you’re not inundated with a torrent of DLC and you feel like you’re getting gouged.”

Looking at industry trends, Paradox vice president of business development Shams Jorjani says that the writing is on the wall – free-to-play is growing and premium isn’t. Over the next five years or so, the company will be looking at transitioning to some hybrid of premium and free-to-play. But how that happens and what it will eventually look like is an open question.

“If we look at the industry as a whole, the premium business model is shrinking,” Jorjani said. “We know that our games don’t perhaps translate that well to free-to-play … so the interesting thing is where the convergence point is with the hybrid models we’ve seen.”

You can read the full article at GamesIndustry.biz, whose original reporting this story is based on.