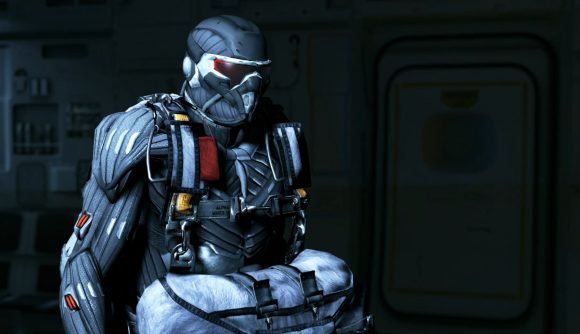 It looks like there’s a Crysis remaster on the way. Following signs earlier this week that an announcement related to the long-running sandbox FPS games series was coming – a brief tweet that just said “receiving data” – the Crysis website has leaked the mystery game. It’s Crysis Remastered.

As spotted by Nibel on Twitter, “Crysis Remastered [is] coming to PC, PS4, Xbox, and Nintendo Switch, according to the website’s metadata” – and, as user Metalfy has been able to capture in a clip (which you can see below), it’s the cookie policy page from the game’s website that’s revealed the upcoming remaster.

The page has now been taken down, but before it was updated it revealed the remaster of Crytek’s 2007 shooter will feature shiny new visuals and higher-quality textures, as well as utilise the ray tracing API of the developer’s Cryengine. This means, as long as your kit is powerful enough to handle it, you’ll be able to enjoy ray tracing in the game, as the feature works universally across all hardware.

There’s no official announcement from the studio confirming the game’s existence just yet, but you can take a look at the leaks below:

There’s no release date or details other than those spotted on the site earlier just yet, but it looks like we can expect an announcement from Crytek very soon.