It’s not clear how much of last week’s Dark Souls 3 leak will prove to be true, but an E3 promotional image suggests that at least two morsels from the big leak are not works of fiction. The image, if it’s to be believed, confirms a Dark Souls 3 announcement as well as spilling the beans on the release window. 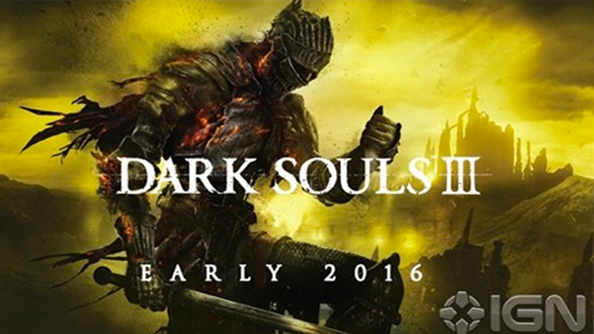 IGN got its sneaky paws on the promotional image, following last week’s massive leak that aired on YouTube channel, The Know.

That original leak offered plenty of interesting bits and pieces, including the game’s number of areas, new enemies and bosses, as well as a new mechanic that supposedly lets players ritually sacrifice enemies, which then allows the player run amok in other players’ games.

Namco Bandai and From Software haven’t confirmed any of this, however. We won’t have a long wait, though, since E3 is a mere week away.