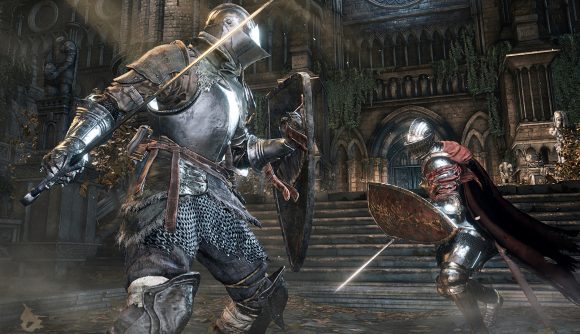 Elden Ring developer FromSoftware is apparently “actively working” on a Dark Souls PvP fix, with the goal of bringing the RPG game‘s servers back online “as soon as possible” – according to publisher Bandai Namco, at least.

Back in January, there was some panic in the Dark Souls multiplayer community as a new security exploit was discovered that, reportedly, could let hackers take over a user’s PC – all through playing Dark Souls III PvP and having the hacker invade the user’s game. Bandai Namco took action and “temporarily deactivated” all Dark Souls servers on PC, for all three games in the series, and made sure that the exploit wasn’t present in Elden Ring.

Now, four months after the servers were shut down, a concerned player on Reddit got in touch with the publisher and was told that “the developers are actively working on resolving the issue” – with the goal of “re-launching the Dark Souls servers for PC as soon as possible”. The bad news is that Bandai Namco still doesn’t have an estimate of when this will actually happen.

You can check out the full response below.

bandai namco confirmed the servers will be back from darksouls3

Given how key Elden Ring multiplayer is to the entire experience, hopefully the Dark Souls servers will be back promptly.