Want to know how to play multiplayer in Elden Ring? All of the Dark Souls games are notorious for their unorthodox ways to access multiplayer and Elden Ring seems to follow this trend. In some ways, it’s easier to hook up with friends now than ever before, but doing so still requires jumping through many hurdles, namely setting passwords and finding unique items in specific places in the massive open-world game.

These items do allow you to summon friends to help you beat the Elden Ring bosses, yes, but if you are up for the challenge you can also participate in PvP duels or invade another player’s game to impede on their progress. We do recommend that you gear up with a build that’s designed for PvP, equipping the most powerful Elden Ring Ashes of War you can find.

Each player in Elden Ring’s multiplayer has different roles, so we will outline what rewards players get for completing their role’s objectives and the locations of the items they need to play both co-op and PvP. We’ll also discuss how to disable online mode or set up private games.

Before we get into how to access multiplayer, we need to address some in-game terminology. Each player has a role with different goals:

Elden Ring limits who can join a Host of Fingers’ game, specifically their character level and weapon update level.

When the game checks your character level, it limits who can join your game to within a range, so you can’t have friends or foes who are vastly more powerful or weak than you are. There are separate rules for those joining the game via passwords, but we’ll come to those in a bit. 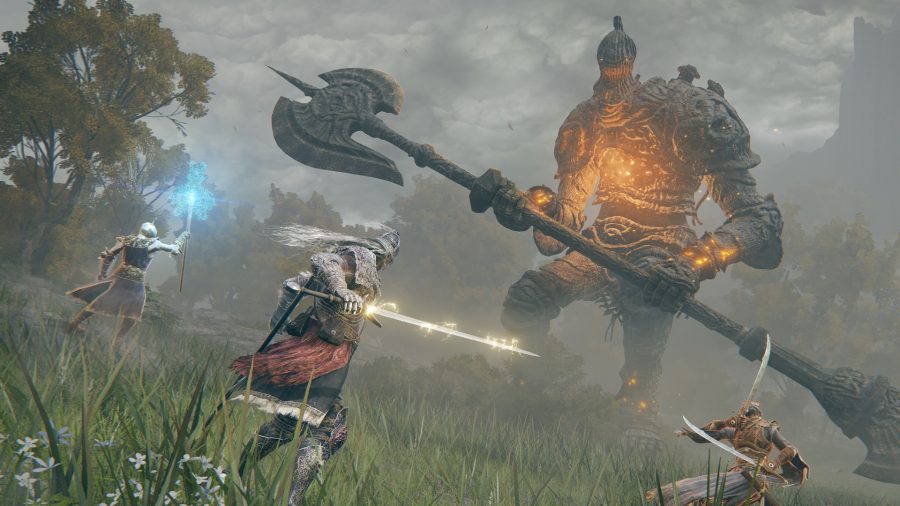 There is a four-player cap on the number of players that can join a Host of Fingers’ game. Only two of those players can be friendly, but a Host of Fingers could potentially have four adversaries to fight against.

It’s also worth noting that any hostile players who join a host’s world also receive a Phantom Bloody Finger, an item with ten charges that teleports them to an area close to their target. We should also point out that whenever another player joins your game, you will lose the use of your Elden Ring horse, and you won’t be able to fast travel, so be careful.

Depending on how you join the game, you will get a reward if you complete your objective. The multiplayer rewards for all players, except for the host, are a substantial amount of runes, a Furlcalling Finger Remedy, and a Rune Arc.

How to get Elden Ring multiplayer items

Just like the Dark Souls games, you need to use items to access Elden Ring’s multiplayer. Some of these items are one-use, but more permanent versions of the same items are available if you complete quests.

Here are all of the items you need to play Elden Ring multiplayer:

How to set up a private game in Elden Ring

If you’re trying to set up a private co-op session with a friend, the last thing you want is a stranger that takes up the slot and refuses to leave. Luckily, you can set up passwords and group passwords to ensure that only players who have your chosen code can access your multiplayer session. To do this, you and your friends need to do the following:

There are a couple of things to note here. Firstly, passwords will not prevent invading players or impede interventions from any hunter with a Blue Cipher Ring.

More importantly, the normal level restriction limitations on who can join your games do not apply when using passwords. When you join another player’s world, if your level is above the eligible level range, the game scales your level to that of your host. It does not change your level if you are weaker than your host. 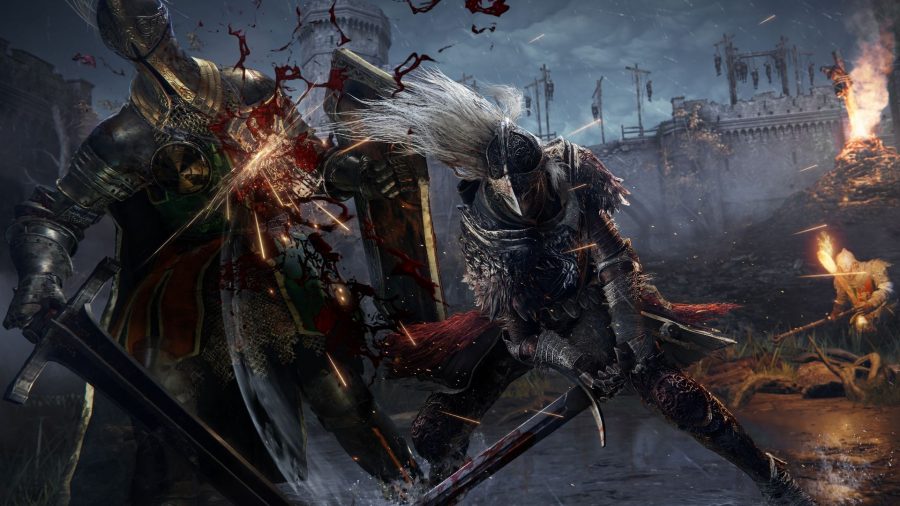 How to disable online mode in Elden Ring

If you prefer to fly solo and have no interaction at all with the outside world, not even reading messages others leave behind, you can do this by disabling online interactions via the main menu. To do this, you need to:

Playing offline doesn’t make you immune to scripted NPC invasions, which look very similar to those from invading players, so do keep that in mind if you suspect that your changes haven’t worked. Typically you will receive a unique item for beating an invading NPC rather than the usual multiplayer rewards.

That is everything you need to know about Elden Ring multiplayer. If you’re just starting out, you should check out our Elden Ring beginner’s guide. To get the edge in PvP, you may also want to hunt for some Elden Ring crystal tears to augment your Flask of Wondrous Physick or equip the Elden Ring weapon arts skills.