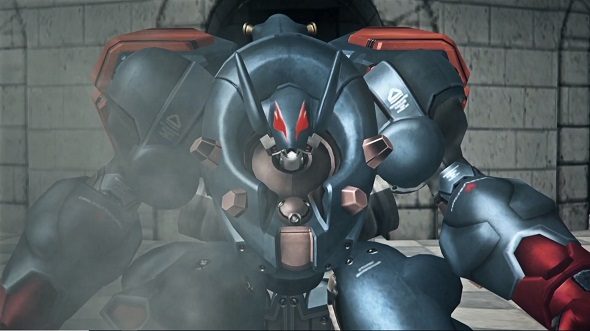 The upcoming Metal Wolf Chaos remaster looks set to bring some gloriously high-octane mech fun to our PCs when it drops on Steam August 6. But it sounds like this remaster isn’t the only way its producer Masanori Takeuchi, who has also produced FromSoftware games Dark Souls II and Dark Souls Remastered, envisions its story’s future. Takeuchi has said that he’d be interested in doing a Metal Wolf Chaos anime – maybe in collaboration with Guillermo del Toro.

Speaking to IGN at this year’s E3, Takeuchi said “del Toro obviously directed Pacific Rim and I’m actually a big fan of [the films]”, adding that the director “really captured that kind of children’s robot anime sort of approach to futuristic robots in a mature setting really well, I feel. Obviously, we’re working on Metal Wolf Chaos, and we like mech and robots as well – and we think some sort of collaboration there would be fun”.

Given Takeuchi and del Toro’s works featuring mech combat in Metal Wolf Chaos and Pacific Rim respectively, this sounds like a pretty natural fit for a collaboration – particularly as FromSoftware itself has additional experience of the genre with its Armored Core game series. As IGN reports, it sounds like Takeuchi’s ideas lean towards a possible Metal Wolf Chaos anime.

He told the site that while Metal Wolf Chaos “is a big robot action game, there’s a lot of moments that we think could be captured nicely in an anime”. He added “we don’t have a lot of personal interaction with the President and Vice President getting out of their mechs – talking and having some drama there. I think if it was adapted to an anime or something, it could really explore their personalities, get them talking, and explore that drama in that media”.

It doesn’t sound like this collaboration or a Metal Wolf Chaos anime are anything other than cool ideas for the producer right now. Who knows, though – with crossovers between the movie and videogame worlds happening more frequently (for example Keanu Reeves in Cyberpunk and del Toro in Death Stranding) perhaps some kind of collaboration could materialise in the future.