The signs are there, if you look for them. The chain on the right side of the chest, splayed out like an expectant limb. The odd placement in the middle of a room. Especially observant undead may even notice that this chest is breathing, something wood probably shouldn’t be doing. Still, Sen’s Fortress has been hell so far, hasn’t it? You’re due a lovely bit of treasure. Go on, take a peek inside.

Ask ten Dark Souls players, and you’ll find nine people who died horribly between the jaws of the game’s first mimic, and one filthy liar. Despite these frustrations, the Soulsborne series’ traps are one of my favourite FromSoft calling cards. There’s a gleeful cruelty to them that not only channels director Hidetaka Miyazaki’s mischievous grin, but also places his design in conversation with the history of pen-and-paper RPG games.

At the 2018 Golden Joystick awards, British RPG pioneers Steve Jackson and Ian Livingstone presented Miyazaki his Lifetime Achievement. The FromSoftware president began his acceptance speech by joking that he’d almost forgotten what to say, he was “such a huge fan of these two guys.” Miyazaki had previously named Steve Jackson’s ‘Sorcery!’ as having a prominent place on his bookshelf.

The Fighting Fantasy series, which ‘Sorcery!’ belongs to, are choose-your-own-adventure-style books with dice-based combat and character sheets – analogue CRPG games, effectively. They sit alongside Heroquest as a gateway to legions of ’80s and ’90s kids becoming lifelong D20 owners, but ask anyone who played them, and they’ll tell you a very similar story about the virtuosic talent they developed for turning pages with one hand, and keeping several ‘save states’ with the fingers of the other. 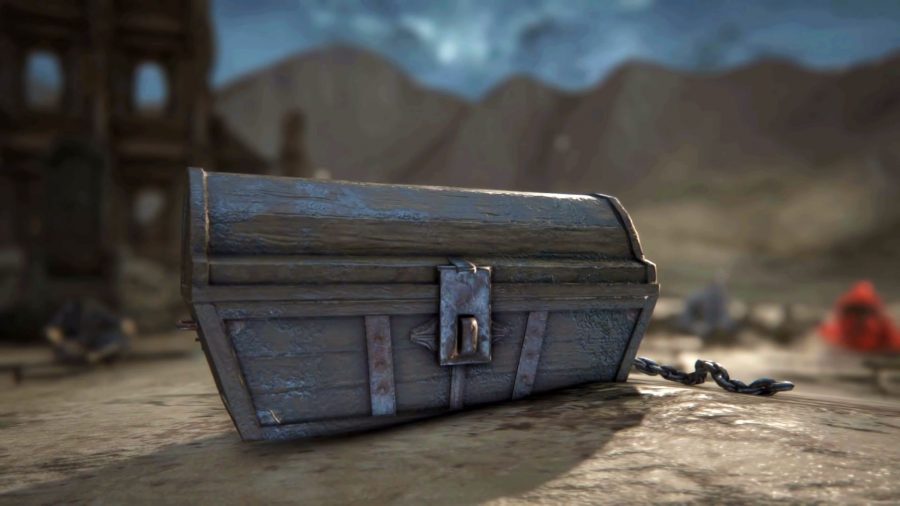 That’s because these books were, to be blunt, utterly brutal. Death was common, and each book was stuffed with ingenious sadism. Perhaps it was partly a value thing, similar to the loose change-guzzling challenge of early arcade games. But it was also about mood. Fighting Fantasy stories were haunting in their oppressiveness, burrowing their way into your unconscious with prose that described deaths far more grisly and disturbing than the era’s graphical fidelity could display. At least, that’s how it felt at the time.

FromSoft’s world design is often described as indifferent, rather than cruel. It’s an understandable take. After hacking you to bits with rusty shivs, hollows amble away, back to their posts. Just another day at the office. Narratively, cycles perpetuate, agnostic to your intervention. Direction is sparse. But this supposed indifference is mostly an illusion; a trick of the light cast on what are often highly curated locations, more akin to ghost trains or gauntlets than a player-agnostic world.

This illusion is the hallmark of talented DMs, worldbuilders, and storytellers. Players are a fickle bunch. We want to feel like we’re exploring coherent, vast worlds with long histories, where events occur regardless of our presence, but we also want to feel like the focus is on us; that our actions matter. When we feel significant, we feel present. 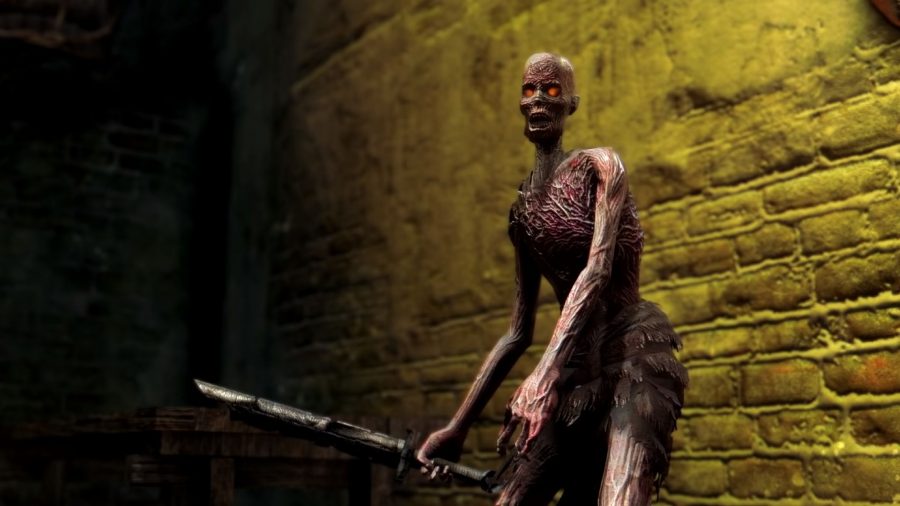 What better to serve this contradictory whim than a world littered with hazards? We gaze over a chasm and see a spike trap below, littered with skewered corpses. We’re no different, we realise, from those who came before us. The world is telling us we don’t matter. At the same time, the invisible hand of the designer is guiding us along, as if to say ‘You can do this! We know you can, or we wouldn’t have put this here! You’re Indiana Jones, baby!’

The world is telling us we don’t matter, but at the same time the invisible hand of the designer is guiding us along

Still, ten years on, it’s undeniable that when FromSoftware sets a trap, it does it with a twisted kind of love that a decade’s worth of Souls-inspired games have seldom replicated. They’ve not only gotten away with so many unexpected and punishing deathtraps, they’ve turned them into a beloved trademark. If Souls has a mascot, it’s the character Patches – a jolly, treacherous trickster that delights in putting the player in danger. I could write a whole essay on Patches, but the fan theory that he acts as a deputy for Miyazaki certainly has some merit.

You’ll often hear the phrase ‘tough but fair’ as an explanation for all this affection toward trickery. Of course that barrel at the top of the stairs was going to roll down at you. Of course that elevator covered in blood led to a spiked ceiling. Of course a shinobi dressed in owl feathers was going to plummet down in front of you from a floating kite, head first, at the speed of a ballistic missile, and screaming WOO like Ric Flair in a tengu mask. The signs were there! And they were, but I never noticed them until after I’d had my face eaten once or twice. 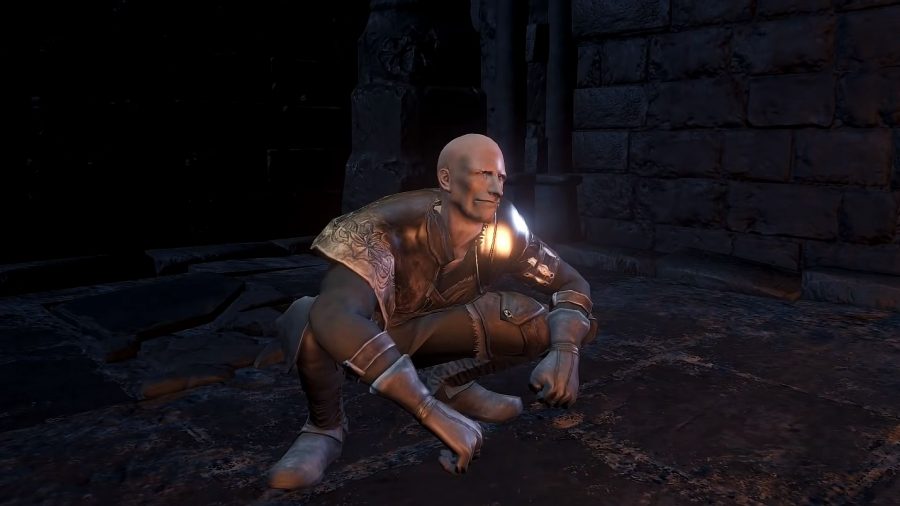 There’s more to it than just breadcrumbs on FromSoft’s part. Creativity. Humour. The blustering swagger required to put your player through such intense combat and then reward them with an instant death from a dirty trick, and the confidence that they’ll stick around afterward – that they’ll think it was their fault. There’s a reason why D&D sourcebooks like Grimtooth’s Traps have endured. Any idiot can put their players through hell. Only Grimtooth has giant lobsters.

There’s something brilliantly fitting about the collaboration between FromSoft and George RR Martin for the upcoming Elden Ring. Martin is adept at plot and worldbuilding, but if he’s known for anything, it’s the seeming delight he takes in booting his readers down deep, dark pits and then taking a tinkle on their crumpled bodies. I’m sure he and Miyazaki had a lot to talk about. So happy tenth anniversary, Dark Souls. Here’s to ten more years of getting our faces chewed off by mimics.

We’ll have a few more Dark Souls features going up this week to celebrate the tenth anniversary, so keep your eyes peeled. While you’re here, though, why not check out our roundup of the best games like Dark Souls, or our Sekiro review if you’ve yet to check out the latest Soulsborne entry.