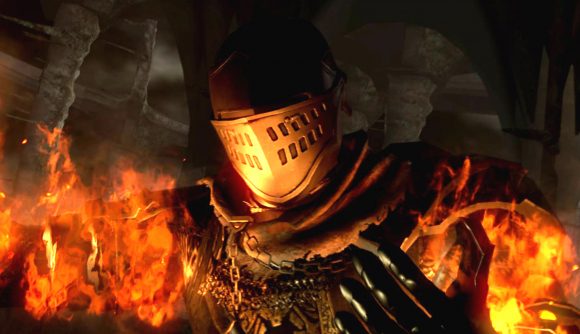 Even though From Software’s latest epic action-RPG Elden Ring is about to launch, we shouldn’t forget that the studio’s classic Dark Souls Remastered continues to receive regular fan content – and now the fan-created Old Lords 2.0 mod promises to overhaul the game and create a “fresh and unique experience”.

In the absence of a Dark Souls 4, fans have been busy creating all sorts of excellent mods for the various Dark Souls games – including an entire player-created sequel, Nightfall, that finally came out last month, and a Soulslike version of Among Us.

The Old Lords mod (thanks, DSO Gaming), on the other hand, takes the existing Dark Souls Remastered content and overhauls it to create a very different campaign. According to creator LordOrange16, in terms of inventory items the mod adds “plenty of new rings, consumables, armour, weapons” and more to the game, but it also “overhauls and remixes” enemy and boss placement, sometimes “drastically” to create a new and interesting experience.

Beyond that, the mod adds tweaks to the various spells, NPCs can appear in new areas with merchants selling new items, and “plenty of quality of life changes”. Cut content has been re-added, including a few new enemies, and there’s even a new story too “set in the near future of Lordran”.

It certainly sounds like a fun time, so for anyone who’s played Dark Souls to death and wants a fresh experience, it’s probably worth giving The Old Lords a try. It’s either that or waiting for Elden Ring, after all.