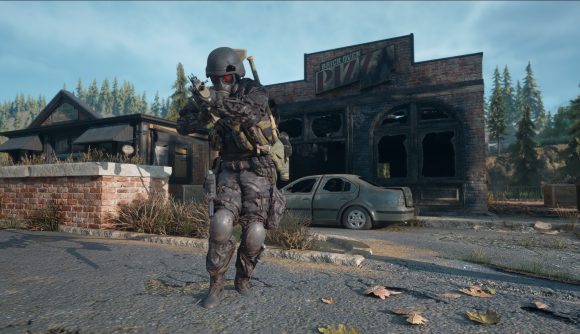 Now that zombie open-world game Days Gone has arrived on PC, modders have quickly set to work adding their own enhancements and changes. Days Gone launched for PC less than two weeks ago, but there are already Reshade settings, weapon tweaks, and other customisations you can download to tailor the experience to your particular tastes.

If you’re interested in getting a more cinema-style experience, you have a few options. The Romero Swarmers mod by Spooder slows the ambient solo freakers down to a classic zombie movie shamble, so they won’t come hurtling at you as soon as they spot you. The mod doesn’t change their speed while they’re part of a horde, though – you’ll still need to keep your wits about you in those situations.

You also might want to try the Dawn of the Dead Reshade settings by kyOuZz_-. This Reshade preset bumps up the contrast and sharpness, adding a little colour saturation but leaving some of the bleached feeling that Days Gone starts out with. The effect is reminiscent of Zack Snyder’s Dawn of the Dead remake from 2004.

Spooder has also created mods that drastically buff weapon and equipment stats. There’s one for improved shotgun range, an overpowered AK47, and even one that changes the Death Stranding crossover Bridge Baby gas tank for Deacon’s motorcycle to hold 50 gallons of fuel. Perfect for those long rides to the beach, right?

Speaking of crossovers, there’s also a mod by Crazy Potato that swaps Deacon out for Resident Evil 2’s Hunk, in case you’re more into the Umbrella Corporation than Deek’s old motorcycle club, the Mongrels.

It’s early days for Days Gone modding, and we’re sure to see a Thomas the Tank Engine mod before too long. It’s become a sort of rite of passage: once your game has a Thomas mod, you know you’ve been accepted by the PC gaming community.