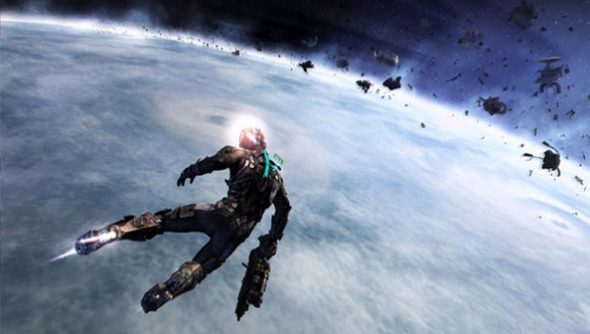 It’s been five years since Dead Space 3 came out, and a lot has happened since then. After Dead Space 3’s disappointing sales, EA pulled studio Visceral off the franchise and assigned them to Battlefield Hardline. Then it was on to a Star Wars project that was eventually cancelled. Finally, Visceral itself got the axe, and its former employees have had to find new jobs in the industry.

But if they had gone forward with a fourth Dead Space game, it seems clear that it would have been a major departure from the three Dead Space games that did see the light of day. Eurogamer sat down with former Visceral creative director Ben Wanat to talk about what might have been.

Dead Space still holds up as a spine-chilling (and tearing) experience. Check out our list of the best horror games on PC.

“The flotilla section in Dead Space 3 hinted at what non-linear gameplay could be, and I would have loved to go a lot deeper into that,” Wanat told Eurogamer in an interview published today. “Our original prototypes for the Dead Space 3 flotilla had some pretty wild setups that I wish we had been able to use.”

Wanat said Visceral had worked out a lot of story beats for Dead Space 4. It would have been a direct continuation of the story in 3, and it might have starred any of the main series characters. Wanat said his own hope was to have Ellie Langford take over for Isaac Clarke in the lead role.

But moving to a more open-world concept created other new opportunities as well. Wanat says the team had taken a look at the enemy necromorph designs, and tried to come up with new versions that would slink around in zero gravity environments.

“Make a zero-G enemy that can snake through zero-G corridors, propel itself in open space, and grapple with the player to tear off his mask and eat his face? Then I think you’d have yourself a grand old time,” Wanat said.