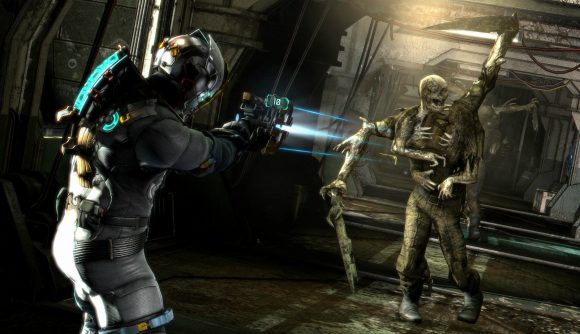 There’s been a steady flow of news on the Dead Space remake since it was announced back in July at the EA Play show, despite the return of one of the best horror games on PC being a long way off from release. However, don’t expect to hear any more from Dead Space for a long time, as the team is going “heads-down” into development.

Just last month, EA Motive showed off an “early development build” of the Dead Space remake, with gameplay sections and fully rendered areas featuring protagonist Isaac Clarke – complete with a comparison video between the original and the new game and the exciting but rather gross “flesh peeling” system for Necromorphs.

It was a fun and surprisingly early look at a game that’s probably not due out until very late 2022 at the earliest, and it seems EA Motive agrees. In a new update on Reddit, the dev team confirms that fans won’t be seeing much of Dead Space until at least next year.

The team says it’ll be “heads down now working on the game, taking some time to review all the thoughts, theories, and suggestions you’ve all shared” – and Motive is looking forward to “showing you how you’ve helped shape the game next year”.

"We’re going to be heads down now working on the game, taking some time to review all the thoughts, theories, and suggestions you’ve all shared with us." Read the latest update from the #DeadSpace team on Reddit: https://t.co/1dDp1AD2yc pic.twitter.com/NAke3GU2sn

The update also re-confirmed that everything shown off so far has been “a work in progress”, with things like Isaac’s suit and “the aesthetic and ambiance of the Ishimura” being open to change. There’s also a new early look at an in-game section, complete with the team’s editor in action.

We’ll hear more about Dead Space in 2022, apparently. Hopefully with more stuff about how Motive is incorporating cut content from the original game.