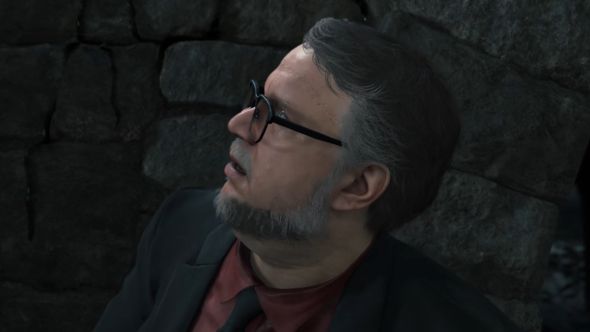 Death Stranding is one of the most highly anticipated titles on the horizon, and all we really know about the game itself is that there are invisible monsters, lots of oil, and Norman Reedus has some kind of special connection with a baby that likes to give the thumbs up. We don’t know for certain if it’s coming to platforms besides the PlayStation 4, if it’s coming out in 2018, or even if this is actually some long con leading to the release of Metal Gear Solid V’s chapter three. (Each of those are progressively more unlikely.)

But Hideo Kojima has an announcement in store that will shock and astound everyone – or at least surprise them. In an interview with Dengeki Playstation (translated by bk2128 on Twitter), Kojima reports that Death Stranding development is going very smoothly, and Sony say they’ve “never seen people working on a fast pace like this.”

Additionally, Kojima plans “to announce something in 2018 that’ll surprise everyone even more.” At this point, I’m not sure any trailer content for Death Stranding could be surprising – though I would’ve said the same before throat fetus and literal Cthulhu showed up in the last trailer – so maybe it’ll be something a little more concrete. Maybe more direct gameplay details, or even a release date. Perhaps something to make us all ashamed of our words and deeds.