Searching for the best Deathloop PC settings for your setup? Arkane’s next generation shooter is finally here, and it’s already causing quite the splash – our Deathloop review goes into detail about what makes this stealth action game so special. Unfortunately, you’re going to need a beefy computer if you want to experience one of the best games of the year at 4K.

Deathloop was designed for next generation machines first and foremost. If you’re rocking something below the RTX line of GPUs, your mileage may vary. That’s not to say you can’t get decent performance out of a mid-range machine, but you shouldn’t pick up Deathloop expecting to max it out on day one.

Fear not, we’ve broken down all of the game’s graphical settings to show you which ones you can turn down without sacrificing too much visual fidelity. Deathloop doesn’t feature a built-in benchmarking tool, so we’re basing our performance on running around the same level multiple times with different settings. Here are the best Deathloop PC settings for performance.

Here is the build for the PC we’re testing on:

While running Deathloop at 4K using the ultra graphics preset, my game hovered around 50 to 60fps mark most of the time. Deathloop supports ray tracing, but enabling this setting at 4K halved my frame rate, so I’ve spent the majority of my playtime with it disabled. Deathloop also natively supports HDR on PC, making use of the standout features on the best gaming monitors.

Unsurprisingly, my performance drastically improved when dropping the game down to 1440p. I was expecting Deathloop to run at 144Hz at 1440p, but no matter how much I turned the settings down, this seemed like an impossible task. At 1440p, my frame rate averaged between 90 and 120fps. As of the time of writing, Nvidia has not released a game ready driver to improve Deathloop’s performance. 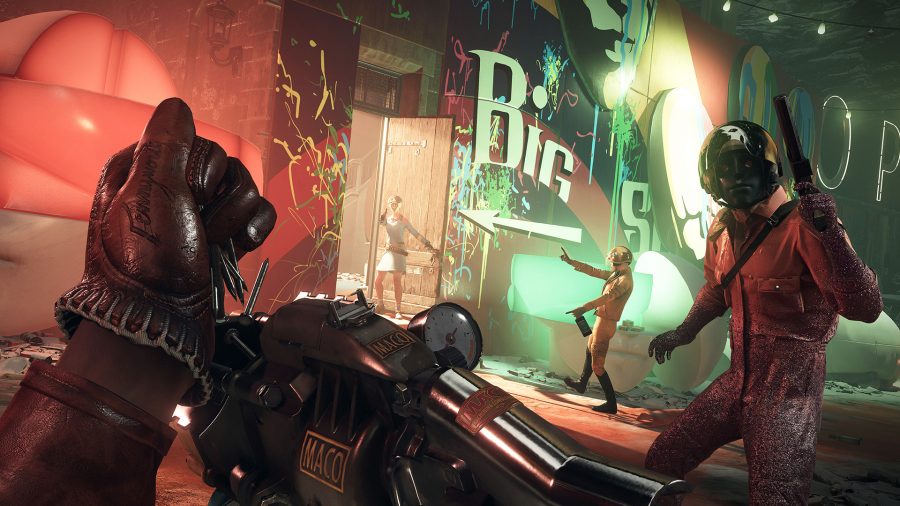 To quickly adjust all of your graphics settings at once, Deathloop features six graphical presets: very low, low, medium, high, very high, and ultra. There are over 15 individual advanced settings to play around with – here are the ones we found had the biggest impact on performance in Deathloop.

Deathloop may not feature Nvidia’s DLSS technology, but it does use AMD’s open source FidelityFX Super Resolution (FSR) instead. This setting dynamically adjusts your resolution while you play in an attempt to maintain a stable frame rate. On lower specced machines, this setting can be a godsend when used alongside the balanced or performance mode.

Using the balanced mode while playing at 4K increases my frame rate by at least 20fps, but it also makes the game look significantly worse. FSR feels bad to use as the game becomes blurry whenever you move around. This effect can be lessened by bumping the setting up to quality or ultra quality, but we don’t recommend using these options as they barely make a difference to the frame rate. If you’re struggling to maintain an acceptable frame rate, definitely give FSR a try. 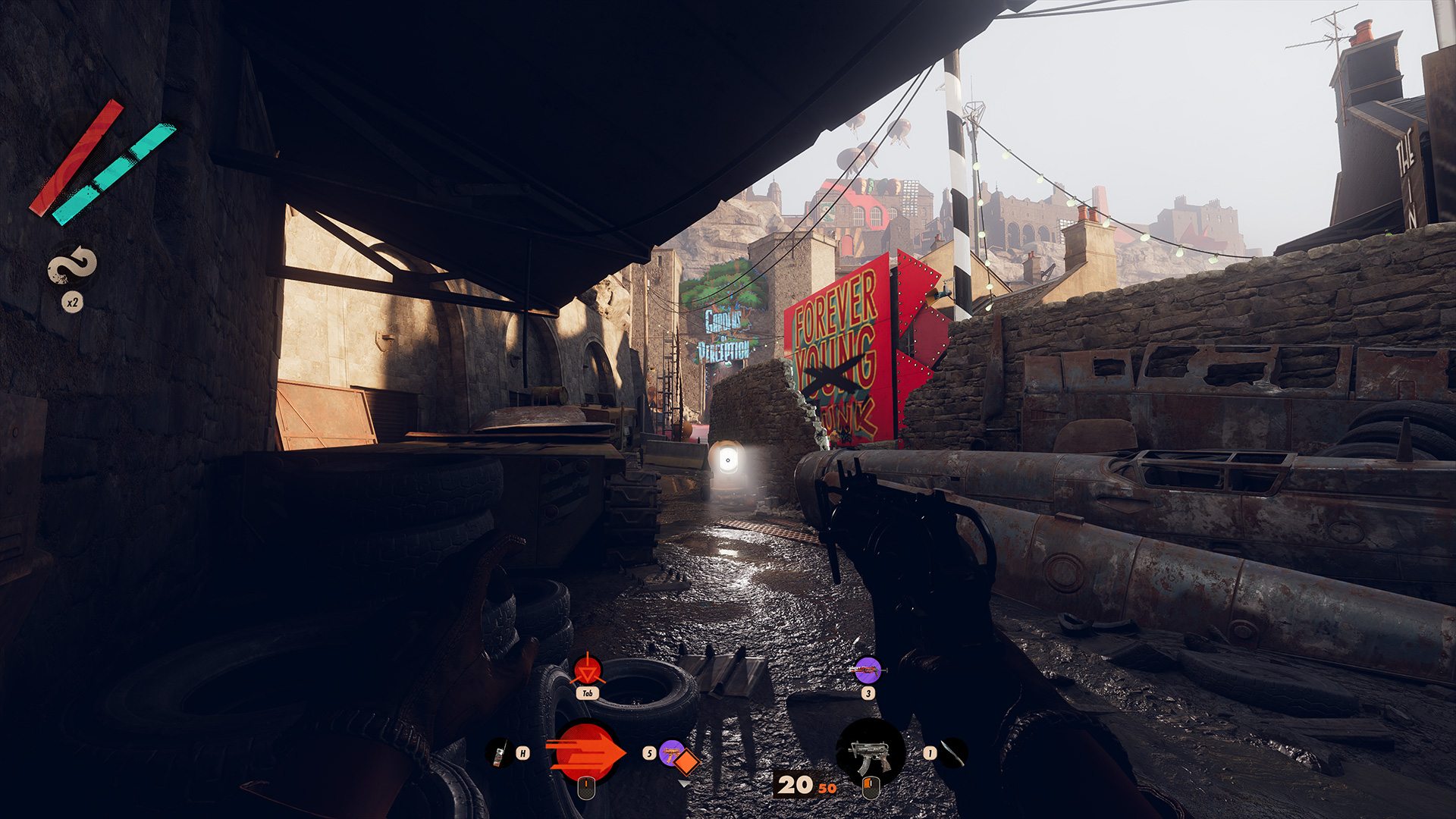 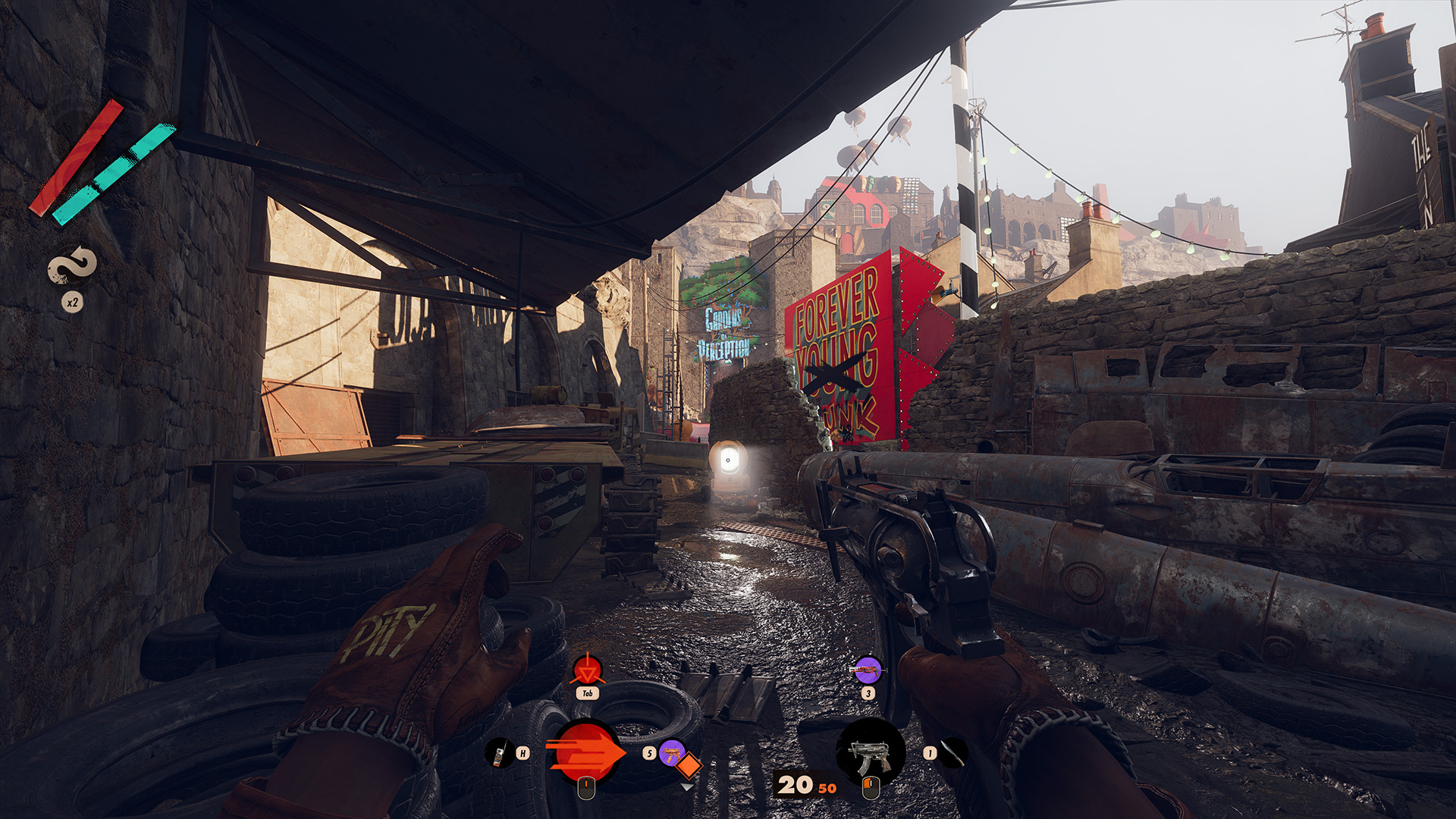 According to the in-game description: “Ambient Occlusion adds contact shadows where two surfaces or objects meet and where an object blocks light from reaching another nearby game element.” By default, the game opts for FidelityFX CACAO, however, you can switch this to Nvidia HBAO+ or raytraced. The sun shadows option changes the way shadows are formed by sunlight – the options for this setting are ‘simple’ and ‘raytraced’.

Switching between FidelityFX CACAO and HBAO+ feels largely the same, but enabling ray tracing will halve your frame rate. Remember, you don’t have DLSS to try to claw back some of the performance hit, making this one of the most demanding graphics options in Deathloop. Ray tracing causes a huge frame rate hit, but the trade off may be worth it depending on how much you value next generation visuals.

If you own an Nvidia GPU, you should enable Nvidia Reflex’s ‘on + boost’ setting which ensures your GPU is running at full speed all the time. This setting is typically found in competitive FPS titles, but it has also made its way to Deathloop.

The PC version of Deathloop supports the PlayStation 5 DualSense when played via Steam. Though this functionality hasn’t been advertised anywhere, we can confirm the adaptive triggers and haptic feedback work perfectly on PC. Sadly, the button prompts in-game are only for Xbox controllers, and the controller speaker doesn’t seem to work.

That’s all you need to start using the best Deathloop PC settings. Deathloop is an extremely demanding game, but that’s what you can expect from new PC games as we move away from last generation hardware. To check whether you’ll be able to run the game, take a look at Deathloop’s system requirements.