Wondering what those mysterious glowing items in Deathloop are for? Or perhaps you’ve heard of residuum, but aren’t sure how to use it? On the island of Blackreef, time doesn’t progress normally – at the end of each day, the cycle begins anew, resetting everything to the way it was at the start of the day. Well, mostly everything.

As you begin to play Deathloop, you may notice glowing objects, but have no way of interacting with them or finding out what they do. After completing a certain mission in the story, you’ll be able to obtain residuum by interacting with these objects. So what exactly does residuum do?

Every time you get sent back to the beginning of the loop, you lose all the equipment you picked up on your previous attempt. However, if you infuse them with residuum, you can carry weapons and powers forward with you, even after you run out of Reprise uses and get sent back to the start of the day. Essentially, it allows you to gradually accumulate resources, kitting you out for subsequent attempts. If you wish to figure out more about residuum, be aware that there are mild spoilers ahead.

How to get residuum in Deathloop

You get residuum by interacting with glowing items, but you can also get it by defeating Visionaries, or if you’ve used reprise to rewind your death, return to the location at which you died to pick up residuum there. 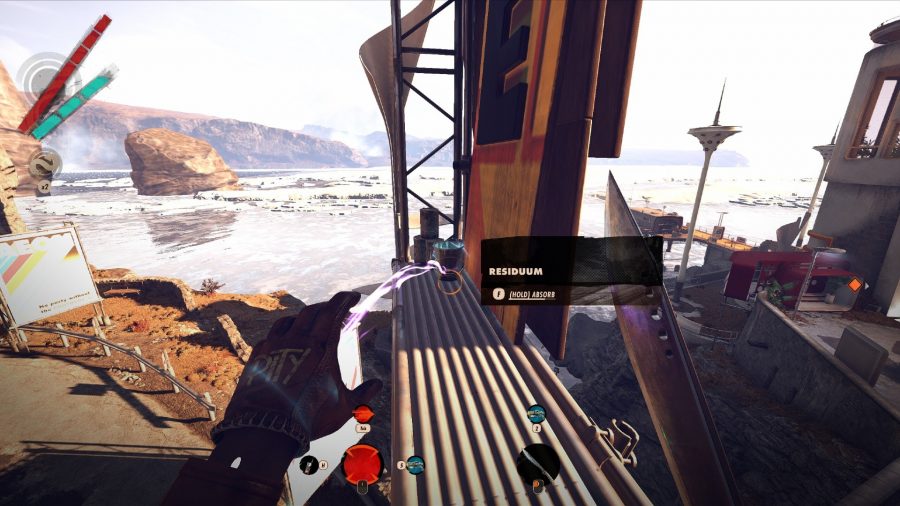 As mentioned above, however, you only get this ability after a certain point in the story. If you don’t want to know when this is, stop reading now, but if you’re wondering when exactly you can start collecting the mysterious material – it’s after you defeat Wenjie in The Complex, as part of the ‘Ubiquity’ mission.

There’s a safe in Updaam that contains 5,000 residuum, and once you figure out how to open it, you can return to it every loop to take its contents for yourself.

Be aware that you lose all the residuum you’re holding when you get sent back to the start of the loop, so make sure you spend it wisely. 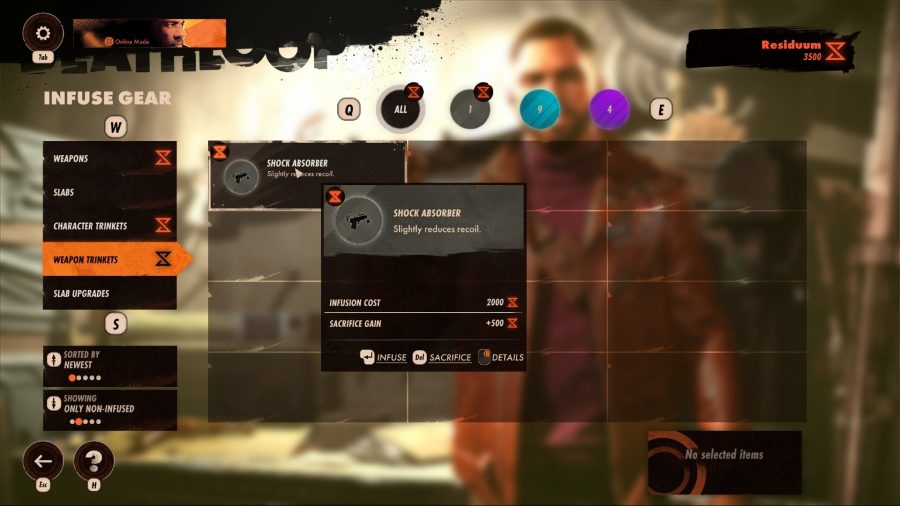 How to use residuum in Deathloop

You can infuse items between each time period when you have access to the equipment screen. In the menu, select ‘loadout’, then ‘infuse gear’, and hover over the weapon or ability you wish to infuse. Hold the ‘enter’ key to infuse them, locking them in for future loops.

Infusing items costs you varying amounts of residuum – some are more expensive than others. If you infuse a weapon with trinkets in it, and then swap it for another weapon during the same day, you receive the original infused weapon at the start of the next day.

If you decide you no longer want to bring your infused item on your journey through the loop, you can delete it by clicking on the item and then holding down the delete button. Doing this refunds residuum back to you.

If you’re looking for more Deathloop tips, take a look at the Deathloop cassette puzzle solution, or how to figure out the Deathloop safe codes. To find out how to run Deathloop optimally on your machine, see our Deathloop PC settings guide.