Looking for the safe code to Colt’s apartment safe and the Updaam safe in Deathloop? Many doors require codes throughout the game, and there are also delivery booths in Deathloop, which need codes of their own to import different items. However, these two safes – one in Colt’s apartment and one in Updaam – are particularly tricky to open.

Although you’ll find Colt’s apartment safe code in the main story, the Updaam safe requires a few more steps, including finding numbers and solving a triangle puzzle and opening it gives you 5,000 Residuum to play with. It’s worth noting that no two codes are the same on each playthrough.

Here’s how to obtain these two safe codes in Deathloop. Although you’ll find Colt’s safe reasonably early on in the game, only read on to find out how to solve the Updaam cave safe puzzle and code if you’ve unlocked the Updaam area. We recommend attempting this puzzle either in the morning or afternoon, so you won’t have Julianna trying to take you out.

You can find the code to Colt’s safe by progressing through the main campaign; once you’ve completed your first loop the combination can be found in the AEON Security Office on Fristad Rock on a note called Paint-Smudged Missive. You don’t need to worry about missing this code, as the main story leads you right to it. 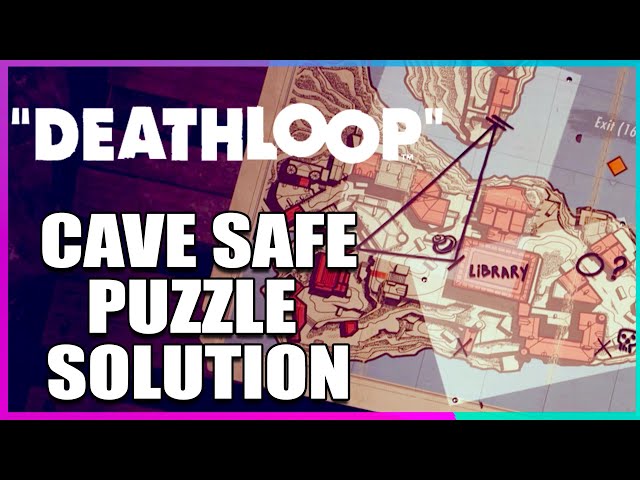 Now you have all six of the Updaam safe numbers, you need to match them to the corresponding three triangles etched into the wall to the right of the map by the safe. We recommend jotting down the numbers in each of the areas as you find them to make this part easier.

If you’re just starting out, here’s how long Deathloop is, as well as the best Deathloop PC settings for 60fps.