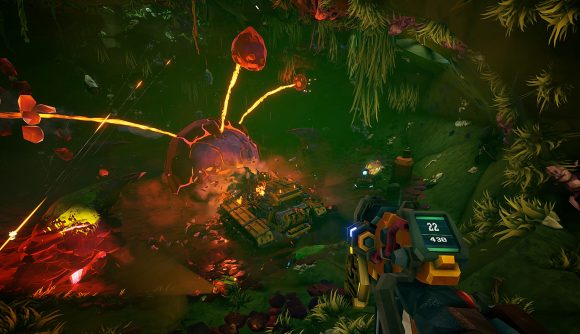 What happens if you send dwarves into outer space? Obviously, they’ll find something to mine. That’s the premise of Deep Rock Galactic, which has just been upgraded with its first free post-launch content drop. Update 32 is called Roughnecks at Work, and it features two new mission types, new cosmetic items, and a raft of weapon tweaks to improve the co-op game’s balance.

In On-Site Refining, you and your team of dwarven roughnecks are sent to gather liquid Morkite, which is found in wells scattered throughout the subterranean environment. You’ll head in alongside a remote refinery machine, which you’ll need to link up to the Morkite wells using heavy pipe. The pipelines also serve as rails for dwarves, who are equipped with handy skateboard-type devices to move around quickly from the wells to the central refinery.

The second new mission type is Escort Duty, and as you’ll no doubt guess, it involves escorting a piece of heavy mining equipment called a Drilldozer, which can drill through the outer shell of an Ommoran to reveal its precious inner Heartstone.

Your job, naturally, is to keep the Drilldozer topped up with fuel and undisturbed by local wildlife while it burrows away through the Ommoran’s protective shell. Lock and load, mates. 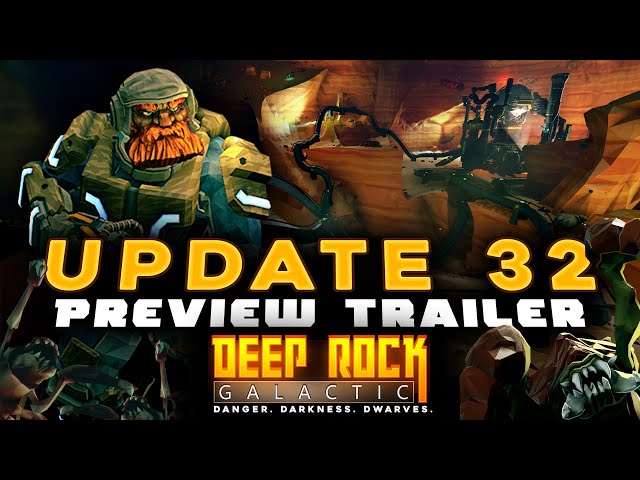 You’ll get acquainted with the new missions in a new assignment called, once again, Roughnecks at Work. It serves as a tutorial, and you’ll be rewarded for completing it with a nice new piece of headgear.

Speaking of heads, here are some upsettingly beardless dwarf heads:

These beauties are showcasing a mere selection of the ‘fall collection’ in Deep Rock Galactic. All told, there are 27 new cosmetics in the free update, 11 of which you can force using Matrix Cores.

The update, new missions, and the aforementioned cosmetics are all free, but you also have the option of plonking down some extra cash for the new Roughneck Pack, which adds the looks you see above, plus leatherneck-chic apparel like Hawaiian shirts and orange coveralls. There are four new sets of unique armour, new helmets, and new paintjobs included in the pack.

The update also makes a host of changes to weapon balancing, adds a new Steam profanity filter for chat and server lists, overhauls the look of the assignment board, and changes up throw mechanics. You can read the full patch notes on Steam.