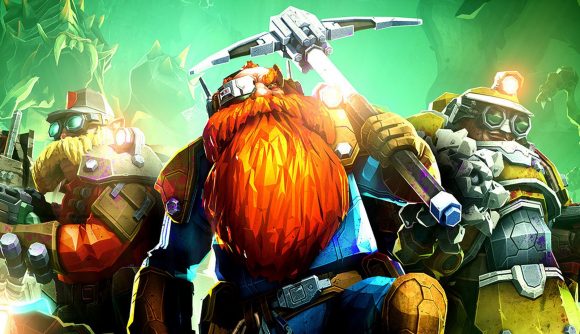 We’ve got a little more of an idea about when Deep Rock Galactic Season 2 should drop. Back in December, developer Ghost Ship Games revealed that it was aiming for the co-op FPS game’s second season to “go live sometime between March and April”, but now we know it’s more likely to be at some point in the latter month.

“Everything is moving along nicely with the content for Season 2,” the devs say in a blog post, later adding that, while they don’t have a firm release date for the new season just yet, “it looks like April is a likely target”. As the studio explains, this means players still have some time yet to polish off the Season 1 Performance Pass – though, if you don’t get it wrapped up in time, all unclaimed content will go back into the game through cargo crates, lost packs, cosmetic matrix cores, and the shop, so you won’t lose the chance forever.

As for what’s coming with Season 2, the devs have now revealed the first of the four new secondary weapons coming to the game – a crossbow-like contraption called the Nishanka Boltshark X-80. You can check out the reveal clip for this below. Another secondary will be revealed in the devs’ next weekly stream on Twitch on February 10.

As the devs previously outlined in the game’s 2022 roadmap, there’s also a new Performance Pass full of new unlockable cosmetics, a new season event, and a special warning mutator themed on the new season coming up. 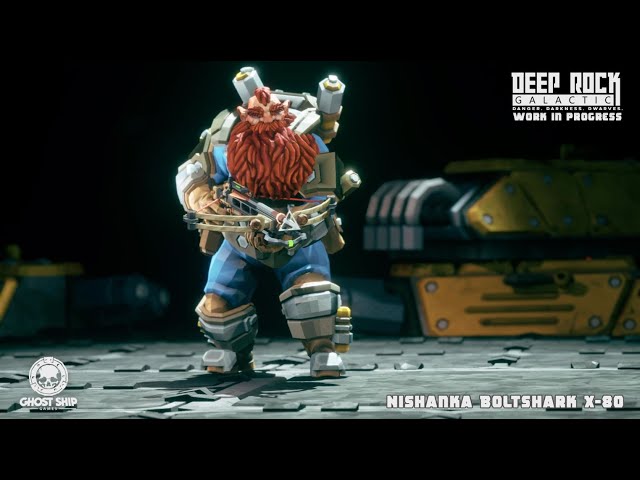 In other news, Ghost Ship has also announced in the latest blog post that the upcoming Deep Rock Galactic board game is coming to Kickstarter next week, on February 10. If you’re keen to check out all the details when the campaign goes live, you can head to that page.