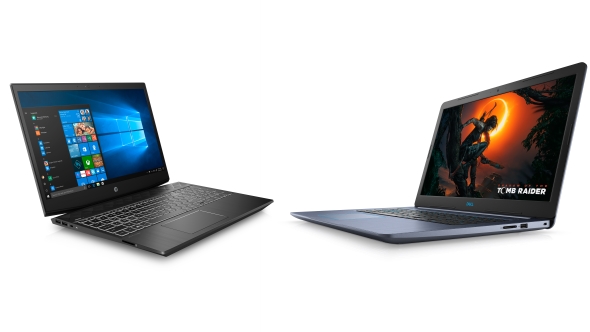 Both the laptop big-guns are going big on gaming-focused machines this year, with Dell and HP announcing affordable gaming notebooks with the launch of Intel’s new 8th Gen six-core CPUs. Dell’s G Series will start at $749 and HP’s new Pavilion Gaming range kicks off at $799.

You’ll need the best gaming mouse to go with your shiny new laptop, so allow us to help.

We’ve had a pretty miserable start to the year in terms of PC hardware news really. Graphics cards are still stupidly expensive, AMD aren’t going to give us anything new GPU-wise this year, not even a 7nm Vega update, and that RX 500X series just turned out to be the exact same cards and chips as last year but with an errant ‘X’ added on for no good reason.

Sure, they gave us the impressive Vega-power Ryzen 5 2400G, and the Intel NUC’s looking pretty darned sweet (and oh-so expensive), but Nvidia are still playing their cards incredibly close to their chests and keeping quiet on the new GPU front. Where’s our Nvidia Volta-powered, next-gen GeForce GTX 2080, eh?

But forget all that because Dell and HP are going to war for your affections by bringing all their marketing and manufacturing might to bear on winning the hearts and minds of gamers. And for once we’re not talking about the powerful Omen X or Alienware line of gaming notebooks either – few of us can afford those… 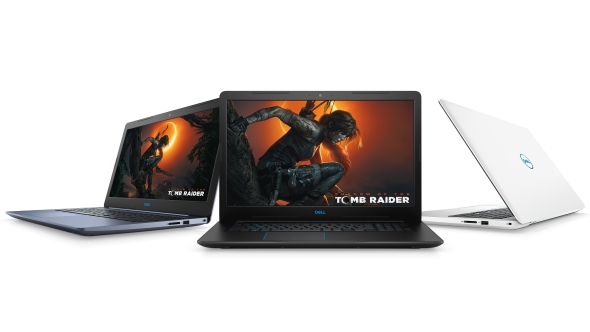 No, both HP and Dell are bringing affordable, but functional, gaming laptops to the market with their Pavilion Gaming and G Series ranges respectively. And that level of enhanced, active competition can only mean good things for us.

Dell were the first to blink and draw their G Series guns, offering up three different lines along the Intel 3, 5, 7 lines. As such there are G3, G5, and G7 laptops in 15-inch trim, with a single 17-inch G3 being proposed too.

HP’s Pavilion Gaming range is following the same lines, and will be available from May 9. They are, however, offering some AMD support in there too, though only the weakheart RX 560X on the Radeon side. For the green-skinned folk HP will go as far as the GTX 1060 Max-Q too. 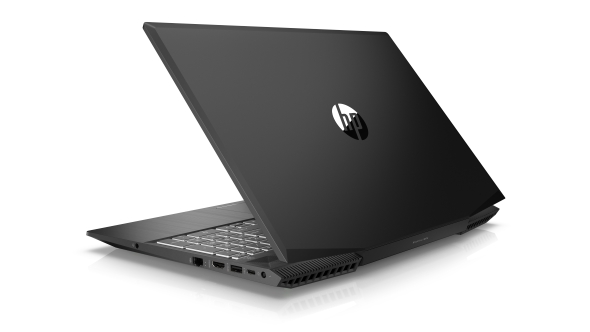 But even though these are going to be the two brands’ more price-conscious gaming machines, they’re not the sort of basic, dull black slab designs you might expect. Both the HP Pavilion Gaming 15 and the Dell G Series have been designed with aesthetics and ergonomics in mind. We’re talking LED-backlit keyboards, different colours, and genuinely attractive designs. The Dell G3 is an impressively svelte 23mm thick. They’ve also got quality screens with high refresh rate panels on offer.

Neither company is messing around here, and it’s going to put a lot of pressure on each other to perform, but also on the likes of Gigabyte, Asus, and MSI, as well as the system integrators making their own custom gaming SKUs. It’s going to become an intensely competitive market for gaming laptops this year and that can only be a good thing for the consumer.

And, with graphics card pricing and volume still largely being dictated by the miners, gaming laptops are becoming more of tempting option for the PC gamer looking for a new PC.