The Destiny 2 Beyond Light release date is not far off for Destiny 2’s next expansion. The ominous Pyramid Ships have been creeping in from the edges of the solar system for some time now, finally appearing up close and personal under the surface of the Moon in Shadowkeep last year. In Beyond Light, a Pyramid on Jupiter’s moon Europa empowers a new threat: a unified empire of Fallen houses, led by the notorious baroness Eramis. After being shunned by the Traveler and excluded from the Light, Eramis has officially decided to head into the Darkness.

Of course, the Guardians will have to stop her and to that end, Beyond Light will introduce a new element for Guardians (as well as their enemies) to wield. Destiny 2 Stasis joins solar, arc, and void energies as a fourth elemental power, and it’s rooted in the Darkness itself. That of course means new subclasses for each Guardian class, each with new, powerful stasis supers to unlock.It’s the first new power type added to the Destiny universe since the launch of the original game in 2014.

The Fallen aligning themselves with and wielding the Darkness was hinted at long ago in one of the initial datamines on Destiny 2 – back then, dataminers uncovered an unused voice line from Ikora that mentions a Fallen house that worships the Darkness. It seems as though Beyond Light will finally bring that tease to fruition. Europa, where this new Fallen empire emerges, is one of the first locations the Destiny design team imagined while creating the game’s increasingly complicated world.

Destiny 2: Beyond Light launches November 10, and with it comes a new patrol zone to visit, a new raid, and more mysteries to unravel along with some new and old friends. You’ll be able to pre-order it on your platform of choice. The Beyond Light Digital Deluxe Edition includes the expansion and four season passes for the next year of Destiny 2 content, plus an exotic Rimed ghost shell and a legendary emblem, a ‘Freeze Tag’ exotic emote, the ‘No Time to Explain’ Pulse Rifle (a wry reference to an infamous line by the Exo Stranger in the first Destiny) along with an exotic catalyst and ornament, and any other exotic sparrow.

The collector’s edition, available only from the Bungie store, includes the digital deluxe edition plus some physical goodies like a die-cast, light-up replica of a splinter of Darkness, a Europa explorer’s bag, a Europa canteen, a “mysterious logbook,” and a few other “discoveries from Europa.” 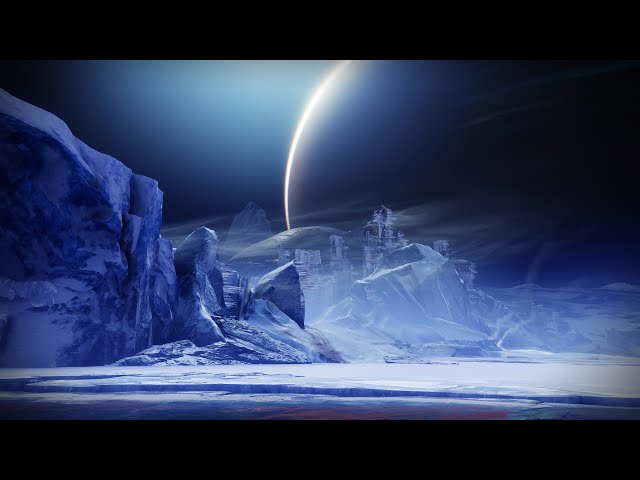 As with the other major expansions, Beyond Light adds a new patrol zone to Destiny 2. This one is the frozen wastes of Europa. It’s home to a Braytech facility dating back to the Golden Age, and Bungie says there are secrets to discover beneath the ancient ice.

One of those secrets is the new Destiny 2 raid, which takes place in something called the Deep Stone Crypt. We’re still waiting to hear what the raid is officially called, but Bungie says it’s another challenging six-person event that promises “glorious rewards” for teams that complete it.