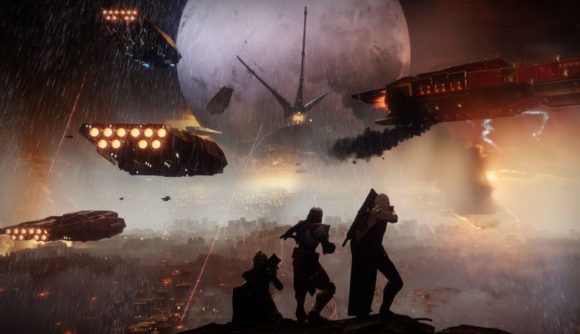 Destiny 2: Beyond Light launches next week, and it’s bringing some big changes to the game – even bigger than the usual yearly expansions. That includes the Destiny Content Vault, where Bungie will tuck away the content that’s not relevant to the current game. So if you want to play any of Destiny 2’s first three campaigns, you need to get on it – this will be your last chance for the foreseeable future.

When Beyond Light launches on November 10, The Red War, Curse of Osiris, and Warmind will all be removed from the game, as will the seasonal narratives for Season of the Forge, Season of the Drifter, and Season of Opulence. Admittedly, Destiny’s campaigns have never been its strongest content, but if you’re looking to catch up on the story, you’d better hurry.

You can get a full list of what’s getting removed from the game on the official site. The whole Content Vault idea implies that certain content will eventually rotate back into the game, but broadly Bungie believes that Destiny is now too big, both in terms of content and file size, to effectively maintain, so we won’t have access to everything all the time.

Some old content is coming back with Beyond Light, including the original Destiny’s Cosmodrome, so it’s not all loss and woe.

Bungie recently revealed a very notable detail on the Destiny 2 transmog system – you can pull from Collections, so you can keep your vault tidy. For now, you can check in on more great FPS games at that link.