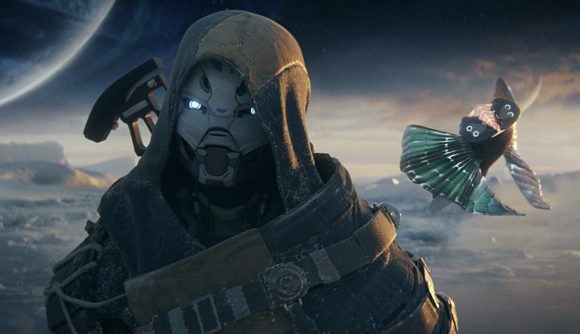 Earlier this year Bungie revealed that some of Destiny 2‘s content will be circled out of rotation when its next expansion Beyond Light arrives. This is being done to keep the space game’s overall download size down, and to ensure that it runs as smoothly as possible. It also gives the developer the chance to give some worlds some TLC while they’re away.

Now that we’re drawing closer to the Destiny 2 Beyond Light release date, we know everything that’ll be stashed in the vault. In short, Io, Titan, Mars, Mercury, and Leviathan will enter the Destiny Content Vault to make room for Cosmodrome and Europa. Bungie goes on to explain that, as a rule of thumb, “when a destination goes into the DCV, so too do its PvE activities and associated rewards”.

So, then, strikes associated with those planets are a given. What is also included, however, are maps for Crucible and Gambit. It’s worth noting, however, that Trials of Osiris’ Lighthouse will remain – as it’s a place to gather rewards, rather than a place to play an activity, per se.

What’s slightly complicated is Destiny 2 Exotics. All of them will remain obtainable, but their associated quests will be vaulted if it involves going to any of the previously mentioned planets. So, once November 10 rolls around, you won’t be able to do the quests for The Last Word, Jotunn, Thorn, Truth, and more. You can, however, get them by random chance.

If you want to see the notes in full, then you can check out Bungie’s weekly update.

If you’re doing some forward planning for Beyond Light, then you can check out our Destiny 2 class list and Destiny 2 builds guide to figure out how to best optimise your character. Or, if you’re like me, you can work on your Destiny 2 Solstice armour set for 2020. I may not be powerful when Bungie’s next expansion rolls around, but I’ll certainly be stylish.