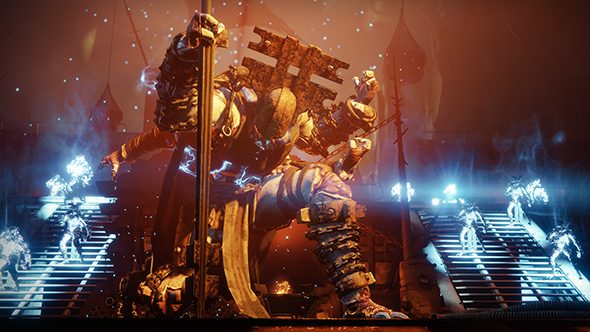 Destiny 2’s Forsaken DLC is the game’s first big expansion, taking up the fall slot that typically holds Destiny’s most substantial additions. With a new raid, new enemies, a new mode, and plenty more, Forsaken looks like it’ll live up to that precedent – and like those previous big expansions, it’ll be a fair bit pricier than its less substantial counterparts.

Keep your guns ready for the best FPS games on PC.

If you really want to get spendy, you can opt to pay even more for the Digital Deluxe $79.99 / £69.99, which offers Forsaken, the Annual Pass, and the Awoken Legend Set, including a unique bow ornament, emblem, and Ghost shell.

The new Annual Pass works a bit different from the previous Expansion Pass. This will provide three expansions over the course of the year, each of which will be a bit smaller than either Curse of Osiris or Warmind. Bungie says the focus here is less on cutscenes and cinematics, and more about the action and acquisition of power, with new endgame challenges and high-level items to collect.

The three expansions are Black Armory in winter 2018, Joker’s Wild in spring 2019, and Penumbra in summer 2019. Across the three add-ons, there’ll be new weapons, armor, and vanity items, new (and old) exotics, new pinnacle activities, and (despite not focusing on story) some amount of lore to uncover.

Additionally, the launch of Forsaken will also mean that the previously PlayStation-exclusive content for the game will now be available on all platforms, though PS4 players will have another round of exclusive stuff – a strike, new gear sets for each class, a new ship, and an exotic weapon – to keep for themselves until that exclusivity runs out again.

The Forsaken release date is set for September 4, kicking off Destiny 2’s second year with new features like Gambit mode, a raid in the Dreaming City, and a long-awaited rework for the weapon slot system. Bungie promises more details on Forsaken’s story and missions at E3.