Destiny 2’s console launch is just a couple of weeks away, but we have to wait a little longer for the PC version while developers Bungie take the time “to get it right.” We had the chance to chat to them at Gamescom today about exactly what that entails.

Here are all the glitches, easter eggs, and secrets from the Destiny 2 console beta. We wonder what will have changed in the PC build?

For starters, there’s been some concern in the community about whether the added precision of mouse-and-keyboard (MKB) input would make some challenges in Destiny 2 too easy. Will the game’s console and PC versions be balanced separately?

Gameplay lead Justin Truman says “the majority of the balancing isn’t really about console vs PC, it’s about controller vs MKB, and we’ve definitely been doing balance passes to make sure that MKB feels right.

“That involved a ton of tiny tweaks, whether it’s the positioning of the reticle on the screen, or how you treat recoil or rumble – which you don’t get on MKB – the expectation of turn speeds, et cetera. We looked at every one of those systems, and wanted to make sure that they played as well with MKB as they do on a controller.”

So it’s mainly to do with feel, then, rather than numerical or other forms of gameplay balancing. But, arguably, feel is where any possible issues really lie – with less auto-aim and just the right amount of recoil, perhaps MKB’s advantages can be correctly compensated. 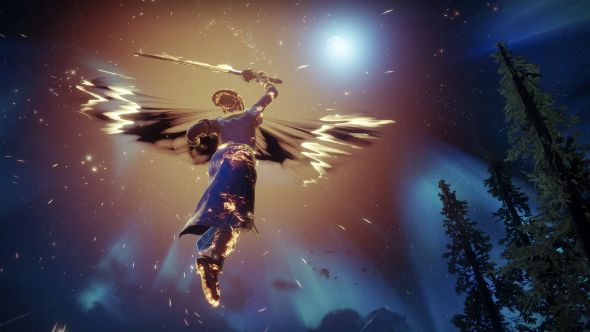 That’s not to say PC players will be forced to choose, however – Truman says “you can have both mouse-and-keyboard and controller plugged in, and be using mouse-and-keyboard, then pick up your controller and start playing, and it’ll dynamically adjust,” switching between the two inputs on the fly.

Community manager David ‘DeeJ’ Dague is also keen to dispel the suggestion that no third-party apps will work with Destiny 2. Only those that try to inject code into the game will be blocked as part of a thorough approach to anti-cheat measures.

“The Destiny player support team has already written some documentation to help people understand these issues, and we’ll be standing by to have conversations with them throughout the course of the PC beta next week.”

That beta is our opportunity to try it all out, and “if there are third party applications that [PC players are] comfortable using, we can help them configure those as well.” DeeJ also points out that Destiny 2 has text and voice chat built into the game, as well as a framerate counter. 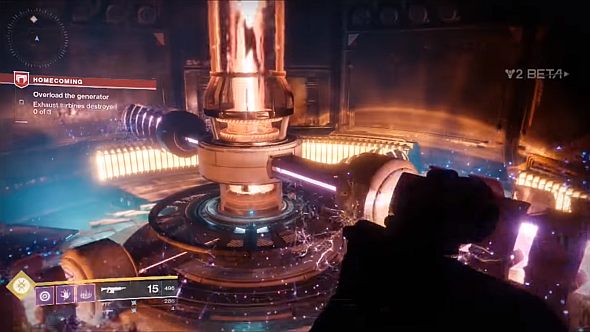 Truman says Bungie will be watching everything in the PC beta closely: “We’re using this to polish the game and make sure it’s going to be a fantastic release on PC. We have a bunch of stuff that we’re watching out for on the backend, from the server side, and we’re certainly gonna be looking at how people respond to the controls and stuff like that.”

It’ll be the same content as the console beta apart from a new PvP map, “and a freshly-updated sandbox,” DeeJ adds, dropping Bungie’s term for the weapons-and-abilities meta. The PC beta build will have been adjusted according to feedback from the console beta – here’s what we know has been tuned – so we’ll get to try the most up-to-the-minute version.

The PC beta goes live on Battle.net, free to all to download and play, on August 29. If you’ve pre-ordered Destiny 2, you can get in a day early.