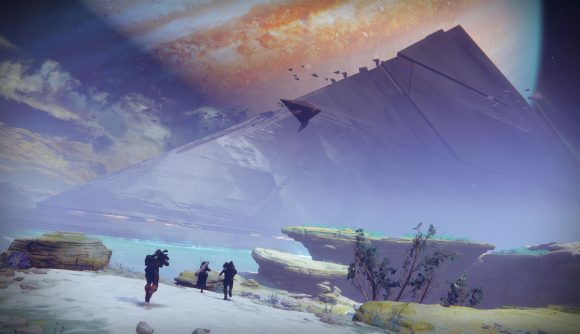 The creators of Valorant and Destiny 2 have teamed up and filed a joint lawsuit against the developer of some of the most elusive cheat software available for popular games. The suit, filed January 8 in US District Court in the Central District of California, alleges that GatorCheats has caused “massive and irreparable” harm to both publishers.

Bungie and Riot are joint plaintiffs in the suit against GatorCheats, which is allegedly owned and operated primarily by Cameron Santos, a resident of Albuquerque, New Mexico. Through his website and social media channels, the suit claims Santos has sold his cheating software and made “hundreds of thousands” of dollars. The cheating software is the usual stuff: aimbots, wallhacks, and field of view manipulation.

GatorCheats have also offered cheats for other popular online games, and ran ‘undetected’ in Call of Duty: Modern Warfare until November 2020, according to a message from the creator that was posted to Reddit. GatorCheats had been sent a cease and desist order from Activision Blizzard attorneys back in May, which prompted Santos to stop selling new licenses to the software. However, GatorCheats offers monthly and lifetime subscriptions to its cheat software, and Santos continued supporting it until at least September, when another letter arrived that “made clear that stopping sales to new customers is not enough,” according to the message sent to subscribers.

While GatorCheats pledged never to create cheating software for Activision Blizzard products again, Riot and Bungie claim the company has continued to support cheats for their games in the meantime – and that without an immediate injunction from the court, the software will continue to cause harm to their games and player communities.

Polygon has uploaded a complete copy of the complaint, which you can read here:

The lawsuit includes three counts: trafficking in circumvention devices; intentional interference with contractual relations, which stems from the breach of end-user license agreements that every player of Valorant and Destiny 2 affirm when playing the multiplayer games; and unfair competition under California law.

“It is paramount to Plaintiffs’ business models that the Games retain the interest of their respective user bases for sustained periods of time,” the suit states. “A vital part of the player experience is the fairness and integrity of the Games, and thus Plaintiffs invest an enormous amount of time and money to ensure that all players stand on equal footing and have a fair chance of progressing in the Games. If players perceive that others are cheating or have an unfair advantage, they will grow frustrated with the Games and stop playing.”

Beyond seeking restitution for damages and all profits generated from the cheating software, the lawsuit also asks the court to impose an immediate and permanent injunction against Santos and GatorCheats from distributing or supporting the cheats, and to “shut down the Cheating Software and any colorable copies thereof, hosted at any domain, address, location, or ISP.”

We’ve reached out to GatorCheats for comment on this matter and will update this story with any response.