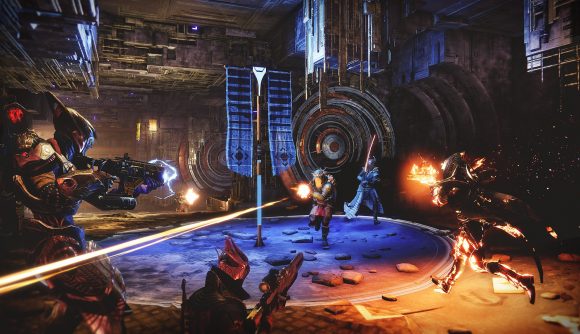 The data is in, and Bungie’s latest experiment with Trials of Osiris matchmaking is going in the bin for now. The win-based matchmaking system seen in the most recent Trials resulted in players spending significantly less time in the FPS game’s competitive mode, and Bungie says that between the data it collected itself and the feedback it’s gotten from players, the experiment was definitely a learning experience.

When the next Trials of Osiris goes live November 12, it’ll be running on the familiar system – you’ll track your wins on a card you pick up from Saint-14, entering a special matchmaking pool once you’ve gone flawless for seven games. The advantage to this was that if you’re a player who struggles to go flawless during Trials, you can wait until the Sunday reset when all the players who have gone flawless shift into the flawless pool, pitting you against other similarly skilled players.

However, Bungie has explained that there are problems with this approach – for instance, the timing of the reset is inconvenient for players who live outside of US time zones, and players who only manage to squeak out a flawless must suddenly face other flawless players exclusively, creating a massive difficulty spike.

During the last Trials, Bungie tried out a win-based system that did away with the flawless pool completely. Instead, players were paired with other players who had the same number of wins they had.

This week at Bungie, we set our sights on a slew of Bungie Bounties!

This meant matches got progressively more difficult, even as players charted losses. Destiny players hated it, and Bungie’s player data reflects this: the overall number of games played was down 33%, with the bulk of that loss seen among the highest skilled players.

“While there are some positives, most of the data is either negative or neutral,” the Trials team writes in the latest This Week at Bungie. “Combined with the feedback on social media channels, this has fueled our decision to move back to purely card-based matchmaking with a flawless pool for the foreseeable future.”