Speaking at this year’s GDC, Diablo III game director Josh Mosqueira gave a post-mortem on the original Diablo III launch. In it, Mosqueira talked about how – even with estimate-smashing sale figures – the games initial design and systems, coupled with a disastrous launch, made for one of the “lowest point[s] for the team” during development. But nevertheless, the team pulled through.

“Even though we had the best of intentions, we know that we had let ourselves down, our teams down, and our players down.” said Mosqueira. “But the really special thing about the Diablo team, is that instead of fracturing, or bickering and losing faith with one another, we rallied around and told each other ‘we can do this’. And that’s exactly what we did.”

Josh Mosqueira’s first few weeks at Blizzard, and working in the Diablo team gave him plenty to be optimistic about, but caution quickly followed. “I’d only been there for a couple of weeks, and already I was really excited – something special was about to happen.” said Mosqueira. “But I could also see – as an outsider coming into this great team – that the spectre of Diablo II loomed large over the team. The pressure of trying to live up to the legacy of this incredible game, weighed down on the team, and impacted so many of the decisions.” 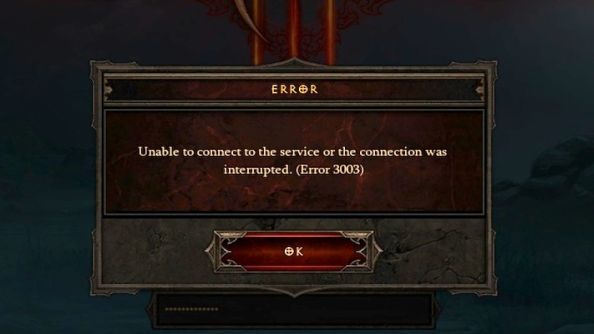 Launch day, and at first, things were looking up. “The sales team had projected 6.666 million units to be sold in the first year; even our sales guys loved Diablo.” Mosqueira explained. “We got that in the first couple of days – we just didn’t know what to think, it was mind boggling.”

That incalculable popularity proved too much for Blizzard’s launch preparations however, and the launch of their most anticipated title slowly began to falter. “This is the really ugly side of it, the one that really stung” said Josh as he regaled the launch day server issues. “Even our most outlandish estimates for day one, ended up being massively conservative in reality. And it hurt – people had been waiting for ten years to play this game, and the worse fear of an always-online game, is not being able to play. That’s exactly what happened.

The team took their hard learned lessons of the “Error 37” launch, and put them into practice with the games first expansion: Reaper of Souls – which was one of the “smoothest Blizzard launches in history” according to Josh. 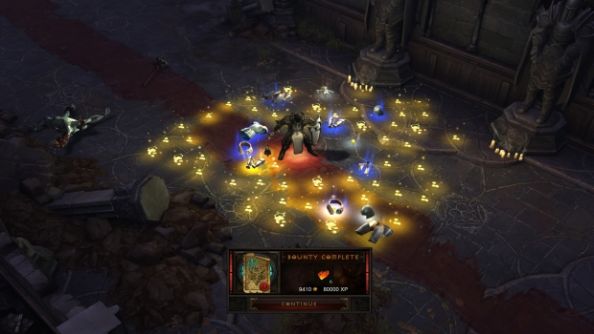 The servers wasn’t the only issue with Diablo III at launch. Diablo III was abrupt and merciless in its difficulty, and it was causing players to adopt some very strange, and un-fun behaviours. “The game was so hard,” said Josh, “that instead of being these epic heroes, fighting against the forces of darkness, you were a Barbarian smashing pots. That’s right – the best heroes in Sanctuary were farming terra-cotta, because it was more efficient and less difficult than fighting monsters”

And when the game actually did give you loot, the chance at finding something worthwhile was miniscule. “When [you] were getting loot, getting bags full of yellows and legendaries, you would know as you clicked on every single one, that you weren’t going to get an upgrade.

“A true story: on my live character – my awesome Barbarian – it took me 104 hours before I found my first legendary. And do you know what it was? A quiver. Something was wrong there, and I remember that moment – what happened?” 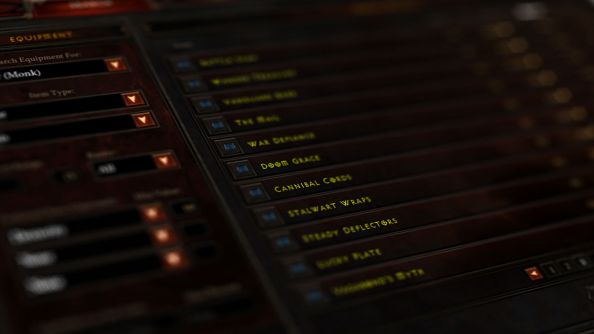 Scarce loot drops only compounded the next real problem with Diablo III – the auction house. “When you weren’t getting any items in-game, where did we send you?” asked Josh to the audience. “To the medieval version of Ebay – because that’s what heroic heroes do right? Now the auction house was this great experiment – we had the best of intentions for it – but ultimately it ended up short-circuiting the core reward loop of the game.”

That intention was to provide players with a safe trading environment. Diablo 2 was plagued with account theft, item stealing and more when it came to item trading. “Even though it was their fault,” stated Josh, “we at Blizzard, felt it was our fault as well. So, we wanted to bring that experience under the Blizzard umbrella. We thought only around 10% of players will use it, so it’ll be ok. But again, with how hard the game was, and how stingy the loot was, we ended up shoving everyone into the auction house.”

As we now know, shortly after the console release of Diablo III, Mosqueira and the rest of Blizzard’s management held a meeting to discuss what to do with the auction house. It only took a mere 20 minutes for the entire room to be on board with one ultimate solution: removing the real money and gold auction house from Diablo III altogether.

And it worked too. Since then, with the help of Loot 2.0 and Adventure Mode, Diablo III has never been better since the release of its first expansion last year; you can read all about it in my Diablo III: Reaper of Souls review.