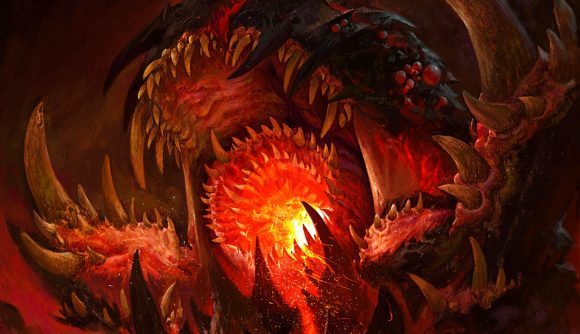 Blizzard is showing off some of Diablo Immortal’s zones and dungeons before lunch to drum up the excitement. Some may appear familiar from previous blogs or the closed beta, though the most recent one is entirely new. Now that we know that Diablo Immortal is coming to PC, it’s worth checking out what’s on the way.

The latest zone to be revealed is the Realm of Damnation. Blizzard describes it as the “personal hell” of a demon lord called Skarn, who likes to repeatedly “play judge, jury, and executioner”. Little is known about him. After the defeat of the Prime Evils in Diablo II, war erupted in hell though it’s left as a mystery whether Skarn grabbed land by raising an army or merely taking advantage of the chaos.

“What is clear about Skarn is his abiding interest in humanity,” narrative designer Ryan Quinn says. “In just a few years, he has gathered a massive cult of followers who tempt and deceive to swell their ranks among the Western Kingdoms. The power of creation is nearly at their disposal.”

You’ll come across the Realm of Damnation after exploring frozen wastes, festering swamps, and “cemeteries choked with the risen dead”. More specifically, it’s after the Frozen Tundra quest, previously previewed.

“At the end of the Frozen Tundra story quest, you’ll follow Skarn into his lair and uncover what he’s been planning for humanity and the Worldstone—but you won’t immediately come face to face with the Lord of Damnation or all of his forces,” Quinn teases. 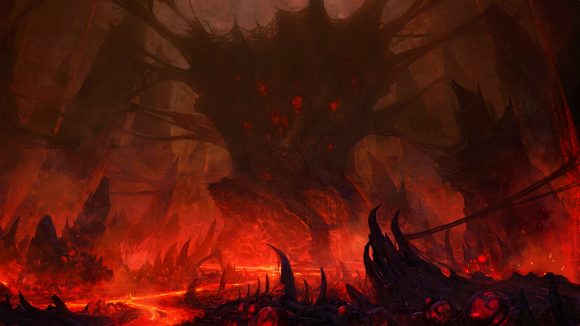 Before battling the big bad, you’ll need to make your way through the Forest of Misery, which is filled with demons who have their bodies infused with the realm as punishment for failing Skarn.

Not everyone is out to get you, though. The Last Vestige lies beyond the Forest of Misery and is home to stranded angels who will ally with you if you can save them from their miserable fate.

Each new area is littered with lots to do. Diablo Immortal’s zones have various lairs, bounties, events, quests, and other means to snag loot, though ‘demon gates’ are unique to The Realm of Damnation. They appear multiple times each day on a timer and can be tackled with a party of three. Skarn opens these rifts to give demons a chance to enter and aid his cause, though you can snuff them out before they become an issue to earn rewards and bonus loot three times per day.

You’ve also got a new dungeon called the Pit of Anguish. You’ll be fighting a boss called Zaka in this one, an encounter that Blizzard calls a “screen-filling boss fight with the most blood by volume of any in the game”.

If you’re looking for more games like Diablo to keep you busy while you wait, you can follow that link.