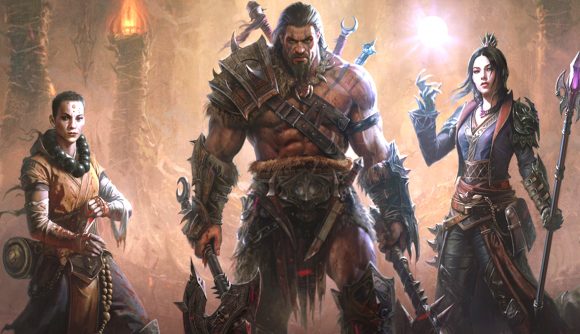 It’s not Diablo IV, but Blizzard confirms that a Diablo Immortal PC beta is coming this summer. The previously mobile-orientated action RPG game is apparently going down the Genshin Impact route, with concurrent PC, iOS, and Android versions featuring full crossplay support – and you can pre-register now.

It’s been a long time since the Diablo Immortal reveal in 2018 crashed the internet and nearly took Blizzard’s reputation with it – even Domino’s Pizza made fun of it. Last year, the RPG looked a lot healthier, promising a “much richer” endgame than even Diablo III – but it was still mobile-exclusive.

Now, Blizzard finally confirms that Diablo Immortal is coming to PC. It will launch in open beta this June alongside the full iOS and Android version, although the PC version will have all the same content. Much like fellow PC/mobile RPG Genshin Impact, Diablo Immortal will launch with full crossplay support – so you can easily flip between the PC and mobile version and play where you left off.

The Diablo Immortal PC beta will release on June 2, 2022, which is the same release date as the mobile version. You can head here to pre-register for the beta, just make sure you have a Battle.net account as you’ll need Blizzard’s own client to play it.

On June 2, Hell is everywhere.

It’s been a big week for Blizzard news, as Diablo II: Resurrected passed 5 million copies sold, and the World of Warcraft: Dragonflight expansion got revealed. There’s still no news on the Diablo IV release date, sadly.