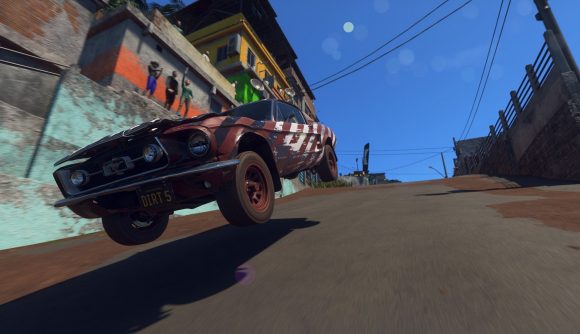 Good news, racing games fans – the Dirt 5 release date is just a handful of days away, and the reviews are now starting to pull in. Codemasters’ upcoming PC game launches on November 6, which means a brand-new round of off-road rally racing to get stuck into very soon – but if you’re curious to know what’s in store before you part with your precious pennies, read on to see what critics have made of the game ahead of its arrival.

First up, there’s our very own Dirt 5 review to check out. Adam Johnson scores it a hearty eight out of ten, calling it “a brash and colourful romp”, and a “fun and flashy arcade racer that’s easy to pick up and play, but much, much harder to put down again”.

He explains that “it might not be the deepest career mode experience, or in some cases the most challenging, but you know what? That’s okay. Not every game has to be Dark Souls, and not every racing game has to be a hardcore sim experience”.

Elsewhere, Dirt 5 is currently sitting at 81 on Metacritic for PlayStation 4 and 76 for PC reviews, putting it broadly towards the higher end of the score scale. Read on to check out some of the Dirt 5 review scores posted so far:

So, there’s a bit of variation in the scores, but generally it looks like the racing game’s been warmly received by critics. The game launches on November 6, so you don’t have long to wait if you’re keen to dive in. Be sure to check out our rundown of the best new PC games if you’re on the lookout for some other great titles to try, too.