During yesterday’s Gamescom Opening Night Live show, we were lucky enough to get a Doom Eternal DLC release date for the upcoming Ancient Gods Part One expansion. However, due to the “Part One” bit of that title and the fact that the devs have already told us that the game’s season pass includes both DLCs, you might be wondering when we’re getting our demon-slaying hands on part two of Doom Eternal’s Ancient Gods DLC.

“They’re both part of the Year One Pass,” executive producer Marty Stratton told us in a recent interview. “So, you can suppose that they’re both within a year of launch.” As Doom Eternal launched back in March of this year, it seems a fair bet we’ll get the second DLC between now and March 2021.

The development process hasn’t been without its challenges, though, and the current situation that the world finds itself in hasn’t helped. “COVID-19 has definitely taken its toll on all of the things that we can do,” Stratton continues. “We’ve actually had to move some things around, we’ve pushed Invasion, which we intended to have done, out a bit. We also haven’t released as much on the Battle Mode front as we’d hoped to because we’ve been focusing on the DLC.”

Despite the added strain on the team, Stratton assures us that they’re “expectation is to get them both out in that year-one timeframe”. So, it looks like all you Doom fans won’t have to wait too long for the second part of the upcoming DLC.

In the meantime, though, you get yourself pumped for Ancient Gods Part One DLC by watching the trailer here: 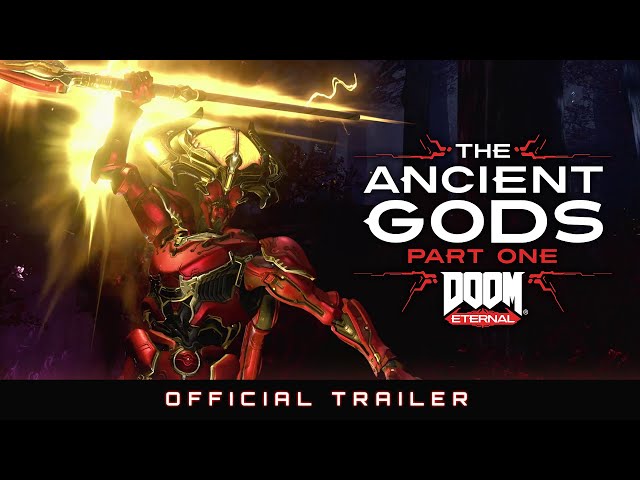 The Year One Pass for Doom Eternal that includes access to both DLCs is available for £24.99. The Ancient Gods Part One will also be available as a standalone purchase for £15.99. If you’d like to find out more you can read our full interview with the game’s devs to see what the DLC has to offer.