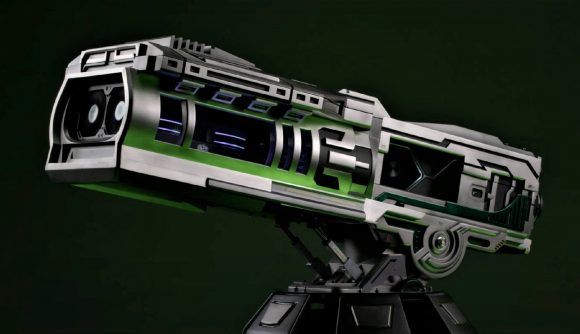 The Doom series’ BFG is one of gaming’s most iconic weapons, but thanks to a modder’s custom build, the acronym now stands for “big fucking gaming PC.” That’s right, Mark Celica of Mark’s Fabrication has created a ridiculous rig inspired by Doom Eternal, complete with a locked and loaded Nvidia RTX 3080.

In a recent episode of Nvidia’s GeForce Garage, Celica showcased his elaborate BFG PC while providing some insight into the build. The modder reveals that he added his own elements to the gun’s design, which he describes as having a “rich and curvy sci-fi style.” While the rig won’t help you rip through the denizens of hell, it features a gigantic housing on a turret style base, and it’s also armed with laser lighting effects.

As for the cannon’s components, the BFG build is rocking an Intel i7 10700K CPU, 16GB of Zadak memory, and an ASRock Z490 gaming motherboard. Its RTX 3080 GPU is mounted at the barrel of the gun, with the card’s fans simulating a sinister charging effect.

As you’d perhaps expect, the BFG PC is a power-hungry monster, as uses a beefy 1,000W Cooler Master power supply. Just like the best gaming PCs out there, the build also uses a Cooler Master AIO cooler to keep the gun’s temperatures down. Thankfully, this thing can’t actually blow a hole into the side of Mars, which means attempting to boost fps on it is all you have to worry about. 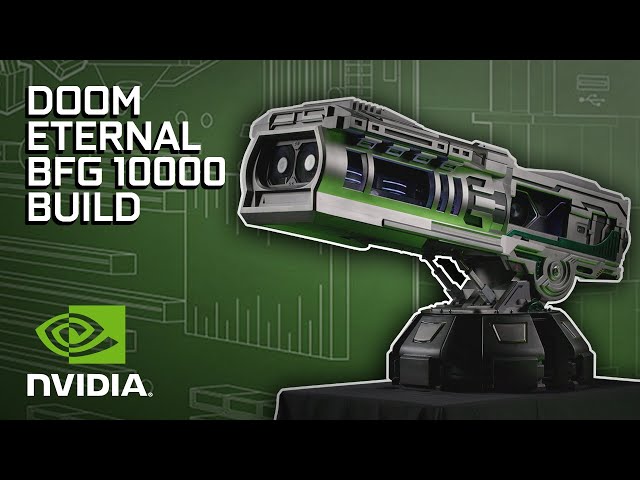 Mark Celica’s one of a kind rig probably won’t be up for grabs, and who can blame him? This is probably one of the coolest custom gaming PCs out there, not to mention it’s stowing away one of the best graphics cards. Nevertheless, the menacing machine will surely inspire others to create similar projects, even if ongoing shortages make finding a GPU more difficult than the build itself.

Check your PC against the Doom Eternal system requirements on PCGamebenchmark and answer the question Can I run Doom Eternal?