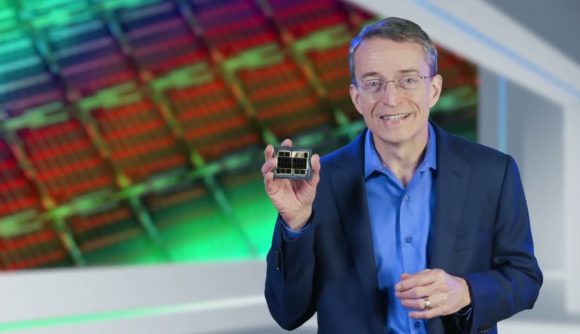 15/11/21 Nvidia has revealed that ongoing component shortages could affect production throughout 2022.

Intel has a lot in the pipeline for 2022, and Pat Gelsinger hasn’t been shy about the company’s ambitions – especially when it comes to crushing Apple and AMD with its Alder Lake CPUs. However, while the blue team boss is optimistic about Intel’s future in the gaming PC space, he thinks that semiconductor shortages will persist beyond 2022.

In an interview with CNBC, Gelsinger claims that the component shortage will get “incrementally better” but says there won’t be a “supply-demand balance until 2023”. Like with a similar statement made by AMD’s Lisa Su, the Intel CEO doesn’t give a specific timeframe for when supply issues will subside. However, the fact that both company heads agree that the situation won’t resolve itself this year provides the forecast with some clout.

While it’s unclear how each company intends to deal with potential price increases and reseller stock hoarding, the situation could affect Intel’s plans to claim the gaming CPU crown and enter the desktop graphics fold. Of course, GPU supplies are also affected by an increase in crypto mining, so Intel might want to reconsider limiting the crypto performance on its upcoming Alchemist GPU if it wants to minimise the collective impact of all factors at play.

Update: In an interview with Yahoo, Nvidia CEO Jensen Huang revealed that he expects “demand to far exceed supply” throughout 2022. While the green team is expected to release an RTX 3000 series refresh next year, Huang claimed the company hasn’t got “magic bullets in navigating the supply chain”.

Fortunately, Huang’s bad news also comes laced with optimism, as the green team’s boss also stated that Nvidia has the support of “a large ecosystem”, meaning the company’s plans to release the next best graphics card could come to fruition in 2022 in spite of the global situation.