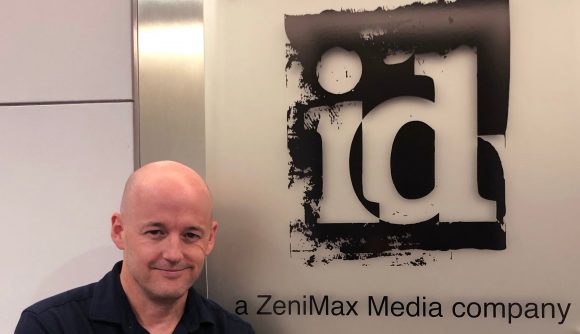 Long-time id Software Software studio director Tim Willits has revealed that he’s leaving the company by the end of the month. The former co-owner has been with the company since 1995, where he worked on Quake, Rage, Doom 3, Doom (2016) and other prolific titles.

Willits joined the company after impressing the studio founders with a number of levels he created for the original Doom in his spare time. His move will coincide with the end of QuakeCon on July 28.

“After 24 years, I’ve decided to leave id Software after QuakeCon. I’ve been extremely lucky to work with the best people in the industry on truly amazing games,” Willits writes. “QuakeCon has been an unbelievable part of my journey and I look forward to seeing everyone at the Gaylord Texan.”

Willits was studio director during the development of Doom Eternal, which is yet to be released. He assures fans that his departure will not mean any cancellations.

“All of the games currently in development are in very good hands, my departure will not affect any planned releases,” he writes. “id Software is packed full of amazing talent that will continue to develop (long into the future) some of the best shooters in the world.”

As well as Eternal, Willtis was game and studio director on Quake Champions, which is currently in early access. He recently worked on Rage 2 in collaboration with Avalanche Studios.

Willits’ move follows the departure of co-founder John Carmack for Oculus in 2017. Willtis has remained tight-lipped about his plans for now but has promised more information after the convention.