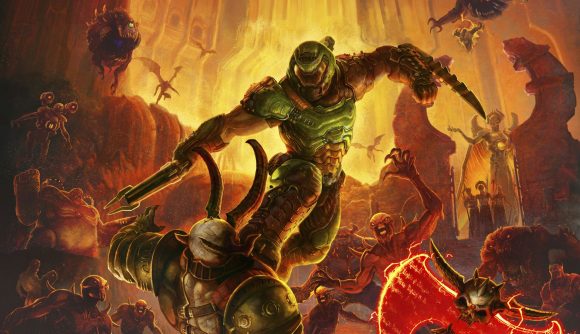 Doom Remake 4, the community-made monster of a mod that remastered the classic PC shooter with a thorough face lift, has been shut down. The mod’s creator claims he was issued a cease and desist letter by ZeniMax Media Inc, which owns Bethesda and thus the Doom IP, and as a result, the mod is now no longer available.

According to PCGamer, Doom Remake 4’s modder vasyan777 said on June 8 “I announce our shutdown of the [mod’s] page. It’s with a great sadness that I’m posting today; I recently received a letter from ZeniMax Media Inc to end production on Doom Remake 4. After a few days, I’ve exhausted my options to keep it afloat; we knew this day was a possibility”. He added: “I’ve talked to legal counsel, and they stated that there would be a high chance of us winning the argument, since this is a mod, but the legal fight would take most likely a year(s) and cost around 100k.”

This will likely be a disappointment to Doom fans, as the mod kept all of the nostalgia-infused sounds, guns, and maps of the original intact – it just brought the game into the 3D era and packed it with high-definition textures and physically based rendering (PBR) materials, allowing your gory glory to shine in a whole new way. It even replaced the old 2D sprites with 3D models to give the game a fully fleshed-out feel.

Doom Remake 4 was originally a standalone mod, but was replaced with an updated version that required you to own the original Doom. In the description for the now-removed updated version (also via PC Gamer), vasyan777 claims: “the legal problem with the previous build was that it was distributed as a stand-alone release which was using Doom IP”.

Vasyan777 apparently believed that requiring users to purchase the game so as to run his mod would allay ZeniMax’s concerns, but it seems there was another problem – ZeniMax’s letter instructs the modder to cease development of the mod, remove it from the internet, and even destroy all code and materials related to it. The mod’s page now reads: “completely shut down because of legal issues” – click here to see for yourself.

Related: Check out the Doom Eternal release and gameplay details

It looks like Doom fans will need to wait for the upcoming Doom Eternal for their next fix of some 3D Doom Slayer action. You’ll just need to hang on until November 22 when it releases.