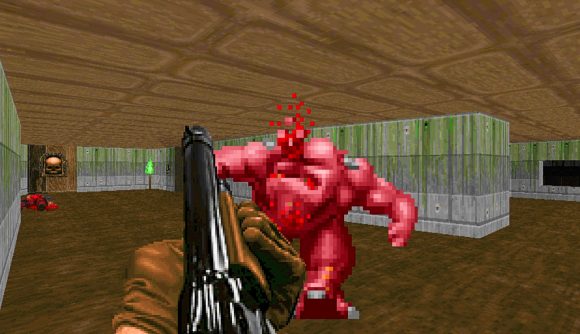 These days, it seems Doom exists to run on random gadgets. Fans have got the old PC game working on a restaurant display system, a digital camera, and even a pregnancy test – sort of. Heck, it even runs in this PCGamesN article – not even we’re safe. Now, though, Doom is running on Twitter, which means my account is now solely dedicated to playing the game.

The way it works is relatively simple. Two chaps have created a bot on the social media platform that you can follow and tweet at if you want to start a run. The Tweet2Doom bot then plays the game, following your commands – which you can see here – before tweeting the results in a video. You can then reply with more orders to keep the run going, or you can step aside for a while before you plot your next move – or moves, I suppose.

There’s also a fun sense of community building around the Twitter bot. The account tweets records that are set by players alongside weekly stats. Last week, for example, the longest chain of commands we saw was 54 tweets. You’ve also got other handy details like updates and tweaks.

If you’re more technologically inclined, you can see the bot’s code on the project’s GitHub page. Here it is in action:

There are plenty of other cool things happening in the Doom community, too. One fan is creating a Doom 2 mod that lets you rip and tear demons with your bare hands, fighting game-style.