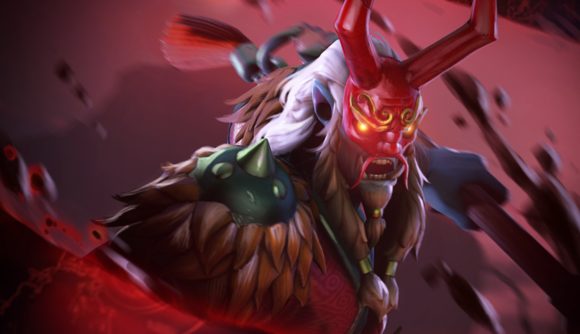 In a historic first for artificial intelligence, an AI-powered Dota 2 team beat out the reigning world champions in the game, marking a significant milestone for the development of OpenAI. The OpenAI Five is a virtual team, built on AIs that were designed to learn how to play Dota 2 on their own. And learn it they have.

The OpenAI Five Finals Saturday wound up in a rout for OG, who fell 0-2 against their AI opponents. OG is currently the top human team in the world, having beaten PSG.LGD in the finals last year to win The International 2018.

But it’s tough for any human to keep up with an AI’s practice schedule. OpenAI chairman Greg Brockman said the OpenAI Five has played 45,000 years of Dota 2 in just 10 months, each time learning how to respond more effectively to the game’s constantly shifting tactical situation.

“It hasn’t grown bored yet,” Brockman quipped from the stage as he introduced the exhibition series.

The first game hung on a knife-edge, with both human and AI teams vying for control, but game two saw the Five take the lead early and hang on to victory.

You can watch the full match here:

What’s most interesting about this victory is that OpenAI wasn’t built to play Dota 2 – it’s a general-purpose AI that the company hopes wants to use in a wide variety of applications. Instead of being built to do specific tasks, it’s meant to be able to learn how to do just about anything. The development team has used Dota 2 as a ‘test bed’ to see how far the AI can push itself.

Learn to play: The best Dota 2 heroes for beginners

Now, while the Five has just finished off the top human team in the world, it’s now open to all comers: You can register to play against the AI, with games starting April 18 at 18:00 Pacific (2:00 BST the following day). You’ll just need to provide your email, your preferred server region, and which game modes you want to play – 5v5, or either single player or friends co-op.

As the android Ash said in Alien, “I can’t lie to you about your chances, but… you have my sympathies.”