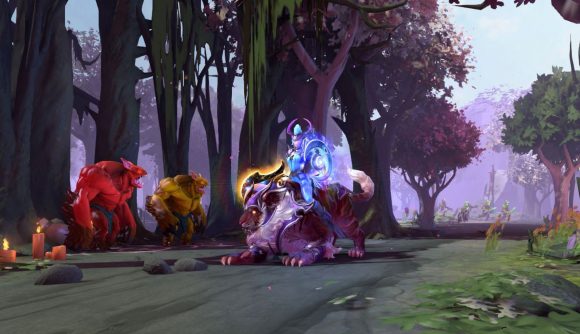 AMD only released FidelityFX Super Resolution earlier this week, initially supporting seven titles with more to come. That list has already expanded, with Valve enhancing Dota 2 with the supersampling technology in its latest update, available now.

It’ll work with any GPU that has DirectX 11 or Vulcan compatibility, so if you’re struggling to pick up the best graphics card from AMD or Nvidia and are having a hard time hitting a decent frame rate, you now have the ability to boost FPS regardless of what your gaming PC runs.

To make the tick-box for FSR pop up, you’ll need to reduce ‘Game screen render quality’ within the settings to less than 100%. While Dota 2 isn’t too taxing on hardware, this could still come in handy when trying to hit those high refresh rates on the best gaming monitor, or when attempting to play the game on older laptops. You no longer have an excuse to drop out of a match with your team, even if your main rig slows to a crawl.

Dota 2 isn’t the only big title receiving FSR support. The list of over 40 partnered developers published by AMD includes EA, Ubisoft, Hello Games, and Gearbox, and we can expect games like Resident Evil Village to retroactively get the feature, and Far Cry 6 to include it at launch.