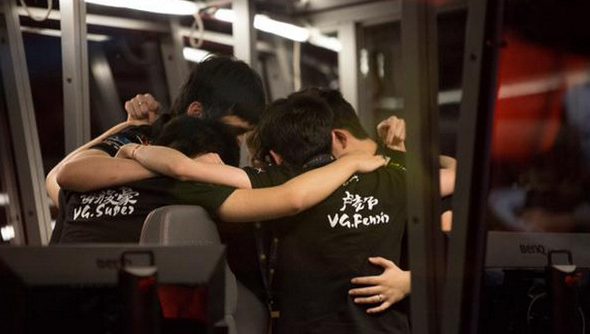 China’s Dota 2 prowess was on full display during Friday’s play at the International as the out-of-nowhere wildcard team CDEC put the hurt on the vaunted Evil Geniuses to advance to the final, where a $6.6 million prize is on the line. Whatever happens now, this is not going to be the grand final anyone was expecting.

Match of the Day: LGD vs. Vici Gaming

This lower-bracket semifinal showcased the embarrassment of riches and the sheer variety in China’s Dota 2 scene as LGD took on the legend of the lower bracket, Vici Gaming. LGD was a favorite throughout this tournament, right up until CDEC, LGD’s one-time junior Dota squad, hit them like a truck and sent them to the lower bracket. But LGD’s opponent here was Vici Gaming, a team that had been flawless since the group stage and looked like they outclassed most of the teams at this tournament. Their three game series was exactly the kind of strategic and tactical duel that you might have hoped for.

The series was bookended by the best of both teams’ play. In Game 1, Vici were playing with guts and daring that left LGD reeling. A brawl of a teamfight sent both Vici’s iceiceice and LGD’s Sylar racing home to their fountain… but ice3 fired a blind Rocket Flare across the map to kill Sylar before he could heal and turn an inconclusive teamfight into a decisive win for Vici, on that set the tone for the game to come.

But after LGD easily took Game 2, they showed off their best play of the tournament. Vici drafted for a late-game Phantom Lancer charge, and just needed to keep the game close long enough for their composition to take control of the lanes. And they very nearly did it. But LGD stayed calm, didn’t try to rush the game, and then Maybe found the picks LGD needed to derail Vici’s entire plan and leave them fatally behind. Good drafting, good strategizing, and level-headed play: not an approach that will likely inspire a lot of passion, but it was a performance you had to admire.

The most interesting thing about LGD’s otherwise “as expected” defeat of the plucky Virtus.pro team was the way they took control of games in the picks an bans phase. Virtus.pro were good on the battlefield, as they were throughout this tournament, but LGD were able to set the terms of each game no matter what Virtus did. When VP brought out Leshrac, not only did LGD pick around the hero, but they also changed their Phantom Lancer itemization on the fly to remove VP’s ability to target him down early.

One of the dramas of this tournament has been wondering how and when CDEC’s charmed tournament run would end. Like watching a flipped-coin land on heads a hundred times in a row, there’s a certain disbelief around CDEC. Surely Evil Geniuses, one of the hottest teams in the world, could at least trip them up.

It turns out, not so much. EG were smoked like a fine cigar on Friday, as their young prodigy Syed Sumail Hassan was completely shut-down and CDEC’s Chen “Xz” Zezhi seized control of every engagement. After EG lost a narrow lead in game 1, they never really got back into the series against CDEC and they were absolutely ruined in Game 2, where CDEC forced GGs from them in under 20 minutes.

CDEC have looked unstoppable in the main tournament, but LGD are such a complete team it’s ridiculous, and nobody showed that better than Lu “Maybe” Yao. It’s not just that he had a great KDA ratio against Vici. It’s this his big plays were the most important and the most clutch of the day. If Maybe hadn’t started shutting down Hao and FY when the match was at its tipping point, Vici’s late game potential would have swept LGD away. Instead, he kneecapped Vici at a critical moment and LGD gain control of the map and pace of the game.

That ability, to read plays and make crucial ganks away from the rest of the action, is rare at this tournament, where set-piece 5v5s reign supreme. But as Maybe showed, it can be how you alter the trajectory of games. 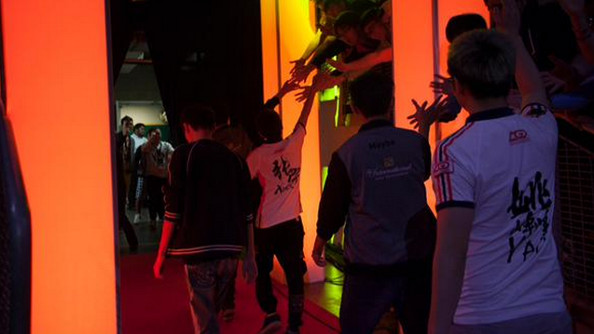 Tomorrow at 6 PM UK / 1 PM Eastern, Evil Geniuses play LGD for the second slot in the grand final. And then the winner takes on CDEC for the whole shooting match.

Hopefully they are good games. Today’s series were interesting, but more in an academic sense than the emotional roller-coaster of series like Secret vs. Virtus.pro or Secret vs. Invictus. LGD and Vici played a good series, but each game seemed like it was largely going the way the winning team had originally envisioned. Only game 3 really seemed in jeopardy. CDEC have smashed everyone in their path.

This is the danger of all sports. The nature of sports is stratification, and the closing stages of a tournament are often when those levels of play often become all-too clear. Evil Geniuses went down hard against CDEC, as hard as anyone else that has played them. At this International, CDEC has won three of their four games against EG. Now Evil Geniuses have to play against LGD, who just convincingly defeated Vici, a team that was better than anyone EG has faced in the main tournament.

And then the winner plays CDEC, a team that has been dominant in every matchup they’ve had in this main stage.

Tomorrow we find ourselves hoping that something, anything, has been kept back by one of these teams. That LGD and Evil Geniuses have another gear, an off-meta strategy… anything that will let them step up and give this tournament the dramatic ending that it deserves.