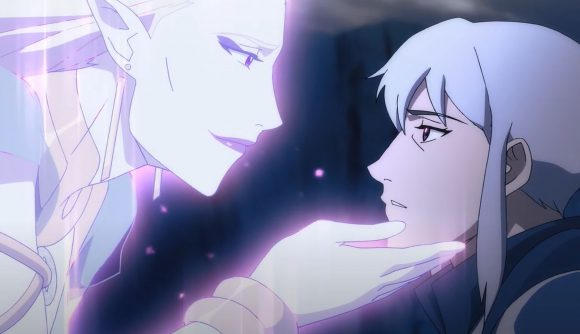 If you’re a Dota 2 fan, you’ll know by now that Netflix has an anime based on Valve’s MOBA game on the way later this month. Called Dota: Dragon’s Blood, the show will feature some well-known Dota 2 heroes, but it seems there’ll be “some new faces” joining the action, too – and Netflix has now given us a sneak peek at them.

Netflix’s anime-specific YouTube channel has posted a new clip called ‘Meet the Heroes’, which – with the help of Dota 2 YouTuber SirActionSlacks – gives us a rundown on the backstories and lore behind some of the multiplayer game universe’s established heroes, such as the dragon knight Davion, Princess of the Moon Mirana, and intelligence hero the Invoker. But, as SirActionSlacks says, “while any Dota fan knows these heroes, only some lore nerds like myself will recognise the other characters briefly mentioned in the Dota games. But, in Dragon’s Blood, these characters are given life for the first time.”

For example, we’ll see Selemene, who is a Goddess of the Moon, worshipped by Mirana, and a figure of contention – “to some, pure evil – the great usurper – but, to others, a saviour, the healer of the broken”.

Her power stems from the worship she receives from her followers, and she has dominion over the ancient and mystical Nightsilver Woods. It’s not clear yet what role she’ll play in the anime, exactly, but we see some brief clips of her interacting with Mirana and wielding some serious power, so we can guess she’ll be pretty key to the plot in some way. 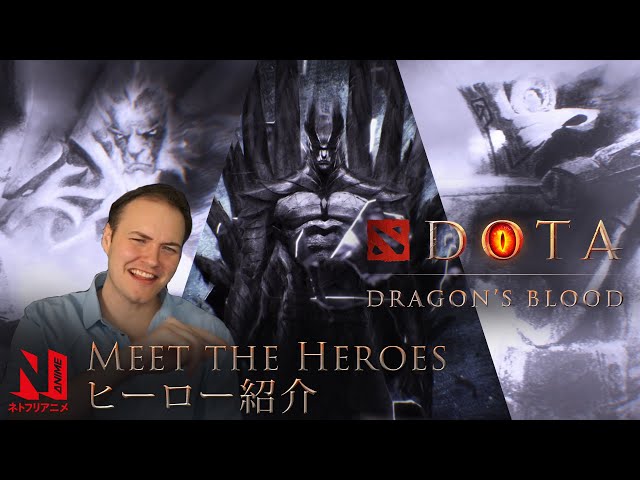 Additionally, the eldwurm (a kind of super intelligent, fire, frost, and poison-breathing dragon) Slyrak will feature, according to the clip. Dota lore has Davion merge his being with Slyrak, though it’s not clear whether this will be the case in the show – but, we do know that in short “Slyrak is fire”, being a representation of the element.

There are also some totally new faces joining the show. “Dragon’s Blood features a slew of new characters, each with their own lives and backstories, which bring this world to life,” the YouTuber explains – folks like a bodyguard called Marcie who is a very strong, though silent character, and Bram – Davion’s very chatty (and “not strong at all”) squire. Additionally, there are new gods, such as the old Goddess of the Moon, still worshipped by the elves, as well as an “elf blessed with forgotten power”, chasing a prophesy to help this goddess return. 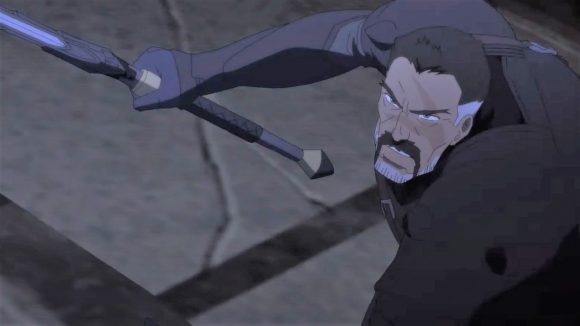 Then there’s a “badass” called Kaiden – another dragon knight who is the only man to have slayed one of each type of dragon and tackle an eldwurm, and walk away to tell the tale. Phew! SirActionSlacks says there will be more, but that’s it for details now – check out the clip above for the full rundown if you’re keen to get a glimpse of these new faces in action.