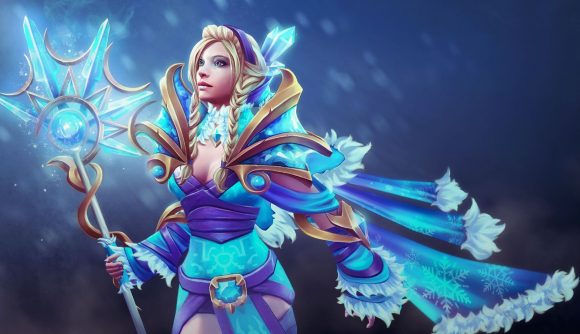 A group of Dota 2 players and modders have gotten together to make a tutorial for the MOBA game, ahead of the upcoming Netflix animated series. Crowdfunding has been opened on the project, to pay the modders for working on it full-time for the next month.

The idea is to make a Dota 2 custom game that provides a simple gateway for anyone intrigued by Dota 2: Dragon’s Blood who hasn’t played before. From the Indiegogo description, the variant will be based on “the current patch, with the current map, talking about current mechanics.” Due to custom games requiring maintenance against disruption from major updates, the tutorial will only be available for as long as the current version lasts.

Guides, discord invites, and other community resources will be included as part of the custom game, making it like a guided tour through the Dota 2 fandom. The one barrier to entry that can’t be changed is that playing in a mod requires you to complete 30 regular rounds first, and though the group is hoping Valve might change this, it’s something that’ll just have to be worked around for now. The crowdfunding has already met its $10,000 minimum, aiming for $50,000 to really compensate the developers for their work, and bring in other features, like localisation for South American and Chinese players.

Dota 2: Dragon’s Blood comes to Netflix March 25. We have a Dota 2 beginner’s guide of our very own, the best Dota 2 heroes, and Dota 2 ranked explained, to help the prospective new initiate in your life.