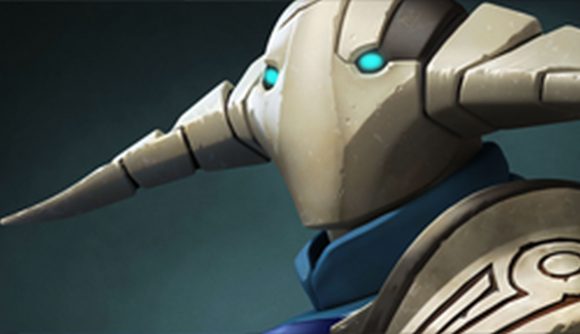 Since the release of Dota Underlords into open beta last month, Valve has kept up an impressive update cadence. Since launch, patches have addressed alliance bonuses, given heroes their voices back, and tweaked win and loss streaks. In terms of brand-new content, however, there’s not been tonnes to talk about.

But it looks as though that’s set to change. A new update rolled out last night, and it didn’t take long before Valve YouTuber Tyler McVicker had datamined the patch for new information. The highlight seems to be the upcoming introduction of new hero Sven – the character is currently unplayable in the game, but the image attached to his Dota 2 ability Great Cleave has appeared in the files, suggesting the Rogue Knight could be on his way to Underlords.

Assuming Sven’s ability is Great Cleave, it seems he’ll deal a reasonable amount of AoE damage. In terms of his alliance, it seems likely he’d be a Knight, and then potentially either Brawny or Heartless, but that’ll be confirmed when/if he makes it to the game.

Elsewhere, McVicker discovered references to a “Turbo mode” within the dev build. Exactly how that might come to pass is anybody’s guess, but I imagine the main aim will be to speed up combat and the carousel rounds. He also discovered information about how Dota Underlords’ battle pass will work, with strings suggesting a “points system” which will allow players to claim items “through premade and daily challenges.”

Precisely when these changes will actually hit the game remains a mystery, but, as I mentioned above, Valve has been releasing new updates for Dota Underlords at an impressive rate. With that in mind, perhaps we won’t have to wait too long for the Rogue Knight to arrive.