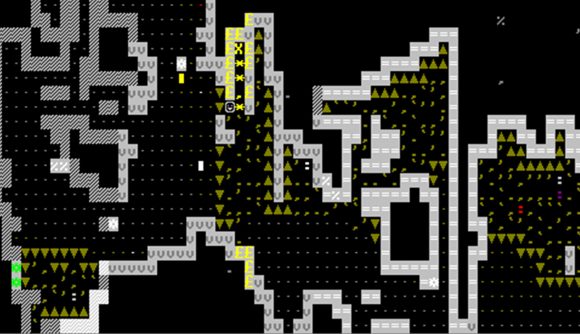 The dwarves in Dwarf Fortress have a lot of different jobs to do, and they range from mining precious metals to getting trampled by angry elephants. The latest major update for the game allows dwarves to share their skills by teaching each other at the new Guild Hall.

As Vice Games points out, you can think of the Guild Hall as a kind of trade union headquarters for dwarves. Once you have enough dwarves working in your fortress, a guild may form and petition you for a hall. If you build one for them, the members will go there to hang out and listen to skill demonstrations. These demonstrations will allow the dwarves listening to learn that skill, which is a handy way to get everyone trained up.

The update, version 0.47.01, also adds the ability to build temples for organised religions. These work similarly to guild halls, in that believers will grow in number and eventually ask you to build them a space. Once that’s done, you can appoint a priest, and the priest will give sermons that help comfort stressed-out dwarves.

In what might be the most significant change in the release, most aquifers now fill much more slowly than they have in the past. What this means is that if your dwarves mine into an underground lake beneath your fortress, you’ll have a bit of time to react before the lower halls are completely flooded. This should mean that dwarves down less often.

Another huge addition in the update is the addition of villains. These are off-site bad guys who may become attracted to your settlement if you start amassing a lot of wealth, or if you find an item they want. They’ll send in spies and try to enlist your dwarves in plots, and it adds a whole new dimension to fortress society.

However, the villains in Dwarf Fortress are even more complicated than that – now, the way the game builds its worlds includes villains and their plots, which will impact the history and culture of the world around you when you embark.

The ‘Villains’ update, which includes all the above features, launched January 29, and Bay 12 released a bugfix patch February 29. Dwarf Fortress will eventually be coming to Steam, but as the page says, “time is subjective” – in other words, we have no idea when.