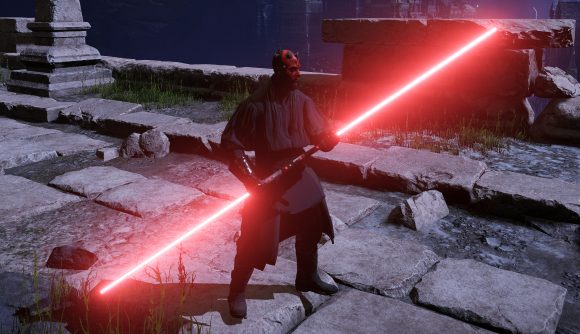 This will be a day long remembered, as there’s a new Elden Ring lightsaber mod that immediately transforms the RPG game into an even better Souls-like Star Wars game than even Jedi Fallen Order – and, at last, an Elden Ring Darth Vader skin, with a Maul one on the way.

These mods are the first uploads by Xelerate on Nexus Mods for Elden Ring, and they already threaten to turn it into the ultimate Star Wars open-world game. The first mod is the double-bladed lightsaber pack, as favoured by Darth Maul, which replaces the Godskin Peeler twinblade and comes in a variety of colours.

Xelerate promises that the Darth Maul skin you can see in the screenshot above “will be released soon”, finally giving Star Wars fans that Darth Maul game they’ve been hoping for – even if via Elden Ring mods. The opportunity to drop Maul to his knees and scream “MALENIA!” at the start of her boss fight will be too much temptation for me to pass up.

Xelenia has already added a Darth Vader skin to the game, however the only lightsaber so far is the double-bladed variety – despite Vader wielding a single blade in the video below. The modder says that players should “stay tuned for more Star Wars-themed mods”, so hopefully we’ll get a katana lightsaber swap soon – and maybe some Jedi into the bargain. I’d love to dash around the Lands Between as Yoda. 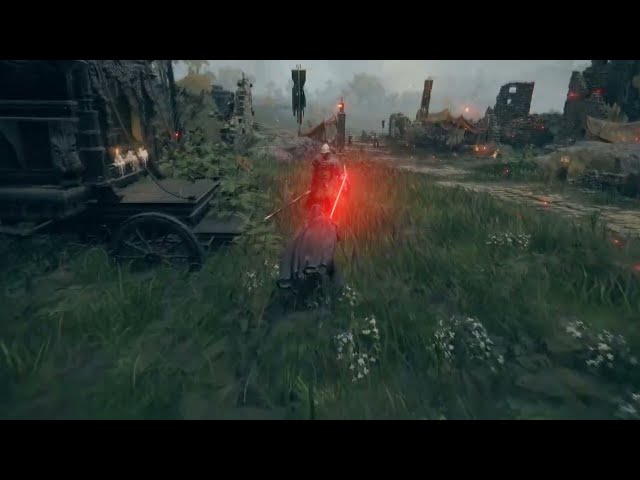 Thanks to mods, Elden Ring isn’t just the best Star Wars RPG, it’s the ultimate Legend of Zelda game too.