Everyone knows that the first playthrough of a new Soulslike game is something special – and slaying Elden Ring bosses still delivers that rush – but we’re getting to the point where FromSoftware veterans have seen most of what the studio’s formula has to offer. Those gasps of awe are turning into the comfortable grind of New Game+ runs, or fresh playthroughs with new builds using wacky weapons (goodbye Uchigatana; I loved you in my first Elden Ring build, but you’re too OP to keep).

Every FromSoft game since Demon’s Souls has included at least a couple of ‘gimmick’ bosses to shake up the gameplay. These games became renowned for the frantic experience of trying to survive long enough to learn the timing of barely telegraphed, one-shot attacks from towering bosses, and by contrast, their gimmick bosses are almost amusing puzzles.

On your first playthrough, fights like Demon’s Souls’ Dragon God, Dark Souls’s invisible Priscilla, or Dark Souls III’s Ancient Wyvern are a palate-cleansing respite. But as you roll new characters or delve into successive New Game Pluses, they can start to just feel like annoying roadblocks; time-sinks you have to push past to get to the actual fun and challenging fights.

Take Yhorm the Giant as an example. This is a late-game boss required to progress in Dark Souls III, but a level-one Deprived (the equivalent of Elden Ring’s Wretch) can defeat him just as efficiently as a level-120 endgame character. While Yhorm’s aesthetic is still great, the mechanics are pretty dull. 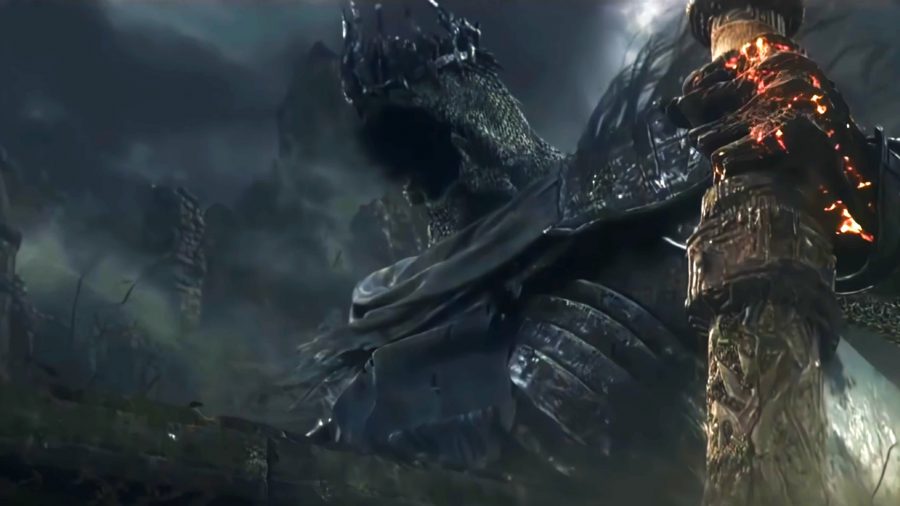 This is where Elden Ring excels. Don’t get me wrong, there are more gimmick bosses than ever before, but the way the game handles them has changed. There are just so many bosses now that even if 5% of them are daft – like the Spirit-Caller Snail that sits invisible in a corner, distracting you with summoned enemies until you see its health bar at the bottom of the screen isn’t going down – you don’t feel cheated out of a well-designed or interesting challenge.

In past Souls games, it was easy to resent gimmick bosses, but in Elden Ring they take a new hue

And then there’s the fact that in Elden Ring, unlike other Soulsborne games, every one of these gimmicky fights are optional. If you encounter one in a dungeon, the open-world shake-up to the Souls formula means that you can simply pop round the corner and bash your head against a more demanding Crucible Knight or Putrid Tree Spirit. If you simply want to progress as fast as possible to the endgame, you can quite happily skip all these bosses and focus solely on the tougher, story-centric ones. There’s no exasperated sigh as you trudge to the boss room of Deacons of the Deep, forced to chew through the pathetic priests for the hundredth time just to progress to the beauty and danger of Irithyll.

Even bosses like Rykard, Lord of Blasphemy – who feels like a direct successor, mechanics-wise, from Yhorm – can be entirely skipped. In fact, despite being the holder of a Great Rune, there’s a good chance you’ll go the entire game without ever stumbling upon Rykard and the giant snake that’s devoured him. Ever since it hid Oolacile in a corner of a lake, via a portal that only opened if you brought a random item from the other side of the map, FromSoft’s willingness to let players miss huge chunks of its games has reflected extraordinary self-confidence in an era of signposting. The fact it’s carried that confidence to an open-world game – perhaps the most ‘signposty’ of all genres, as traditionally designed – only adds to this. 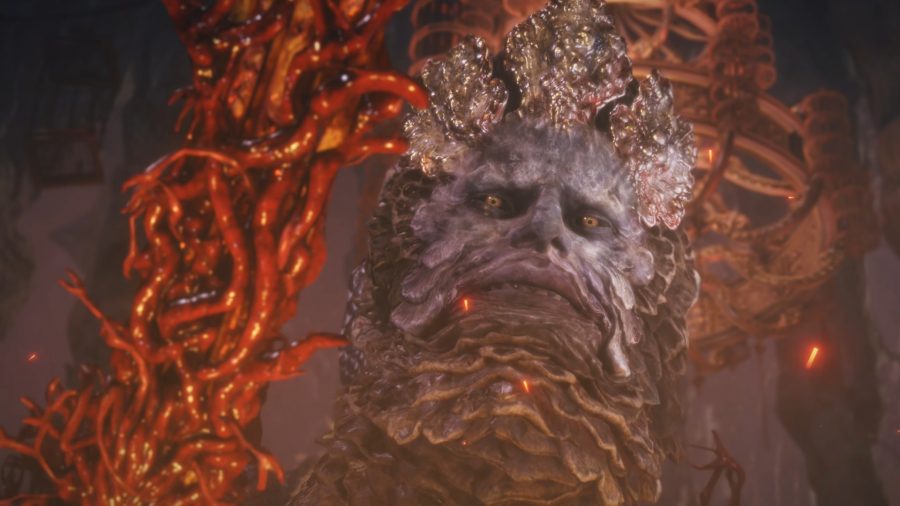 In the past, it was easy to resent gimmick bosses – both for killing the pace of Dark Souls’ challenge and for the sense that they were a missed opportunity to have a more interesting fight – but in Elden Ring, they take a new hue. They simply feel like FromSoftware is having a bit of fun; a reward, both for them and for you, for respectively creating and exploring this wondrous, rich world.

At latest count there are over 210 bosses to be found in Elden Ring, and while a good few of them reprise or tweak FromSoft’s greatest hits, gimmicks that shake up the formula are now a welcome distraction. They’ve become more of a chuckle than an eye-roll, and any levity to be found as you explore the beautifully remorseless Lands Between is no bad thing.