Endless Legend has become the game that I annoy people with. There’s one every year. I try to find a way to inject it into every conversation. It’s started to strain my relationship with friends, family and the occasional plumber or gas man.

The plumber probably didn’t need to know how it’s the prettiest 4X game in all the land. My nephew probably wasn’t interested when I told him that the varied factions and unusual turn-based combat make it a lot more refreshing than the game of FIFA he was playing. And I doubt my mum was impressed when she asked me if I wanted more potatoes when I popped round for Sunday dinner, and I told her that I’d rather have more Endless Legend.

I might shut up one day, but this isn’t it.

This has been an exceptional year for strategy games, whether wargames, RTS games or 4X games are your poison. But even among esteemed company like Company of Heroes 2: Ardennes Assault and Banner Saga, Endless Legend makes a rather large impression.

City management, battles, even the way it presents information, it all impresses, but what makes it particularly special, what causes it to stick on the inside of one’s skull, is the brilliant faction design. 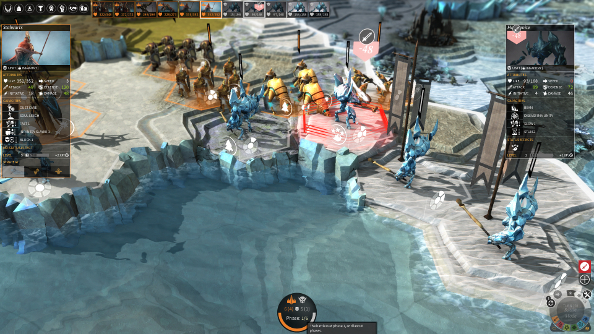 From aesthetics to mechanics, Endless Legend is host to some of the most intriguing factions that I’ve seen in any 4X game. Each empire is blessed with a hook that demands attention and dramatically changes how the game is played.

The Broken Lords, a favourite of mine, are energy vampires. They feed off the life force of mortals and the special resource known as dust, which is found in every “Endless” game from Amplitude, and essentially serves as currency. So they don’t farm, because they don’t eat. But farming and food are directly linked to city growth, and without those things, the Broken Lords grow through other means: spending dust. They even need dust for healing, as their units don’t heal over time.

Quirks like this have a knock on effect, altering every aspect of the game, informing decisions like what to build, what resources to mine and even who to go to war with. Some have absolutely huge ramifications early on. The Cultists, a creepy faction of zealots, can’t expand through traditional means. Their capital is a holy city, and the only one in their empire. But that one city can become larger and more powerful than any other, a seat from which the Cultists could rule the planet. 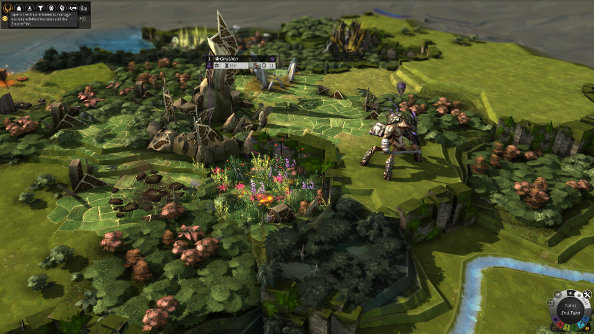 Each of these factions, with their towering cities and units both alien and fantastical, has a racial character and history that elevates it beyond being a pieces on a board. Every general has a past; every civilization, a narrative that plays out across the game.

The distinct stories and quests worm their way into the game in interesting ways. One Broken Lords quest is the result of a power struggle between the current leader and a dangerous political opponent, and to soothe civil unrest, this opponent must be given land and men to rule over. He appears as a general, and can then be attached to a city giving it a wee boost thanks to his skills. He’s a boon, but it’s capitulation, and it only increases his power and influence.

4X games are all about charting your own course, carving out a place in history, but Endless Legend’s intriguing fiction never gets in the way of that, it merely gives the world a stronger sense of place, adding weight to every action. And there’s a hint of desperation in the wars over the world, as the planet is dying, and every race is scurrying to be at the top of a pile of bones.