Trying to learn the Customs map in Escape from Tarkov? The maps in EfT can be daunting, with lots of information to learn in order to effectively make your way through a raid. From spawns and to extracts, to good loot spots and areas where enemies are likely to be, understanding the locations and points of interest is one of the most critical parts of playing Escape From Tarkov. This Customs map guide will help you get to grips with one of the earliest maps you’ll encounter in this tough-as-nails FPS game.

There are few things more intimidating in this tactical FPS than spawning into a new map for the first time and trying to figure out how to escape from Tarkov/Customs. When you double-tap the O key to bring up your extraction options you’ll be faced with a short list of potential exit points, so it really pays to know where each one is so you don’t stray into the map’s busiest sections, a Scav spawn, or possibly the boss, Reshala.

To steer you clear of such disasters, and hopefully help you improve your map knowledge, we’ve assembled a handy guide to the Customs map in Escape from Tarkov, including all extraction points, spawns, boss spawns, and key areas. 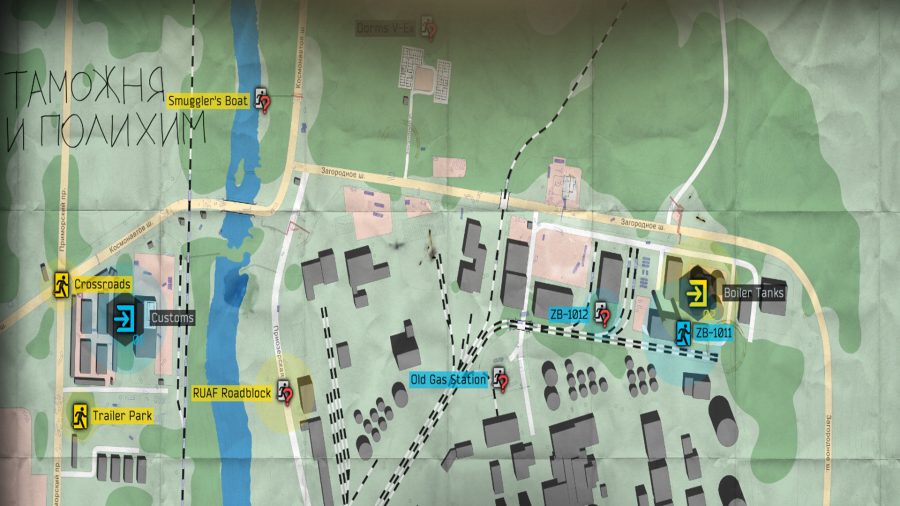 Knowing the Customs map spawns is important because it informs your immediate decision making; do you go for nearby PMC spawns in the hope of grabbing a quick kill, rush the loot spots, or try and track down the boss quickly?

Spawns are divided into two sides, Customs to the west and Warehouses on the east. Your extraction points are determined by your spawn and will always be on the opposite side of the map. This means that as you move across the map, you will be parallel with those who spawned on your side and heading directly at those on the opposite – avoiding firefights is pretty tricky.

These locations are all around the large red customs warehouse that gives the map its name, and range from the west wall beyond the storage facility and up to the railroad by the river. With eight spawns used in each raid, there’s a strong likelihood that four groups will all be originating around the warehouse so always be ready to fight as soon as you land.

The east side of the map has its spawn points distributed in a horseshoe shape that circles around the north hills and down towards the old gas station. These spawns are close to three of the four potential boss spawns and give you a good opportunity to get an early drop on him, however the wooded hills mean that nearby players can get to you very quickly.

Learning one or two extracts can be enough for you to escape from time to time, but the more options you have available the higher your chance of success. Being able to change a plan on the fly and switch extract can be an invaluable skill. Only three extracts on the Customs map are permanently available, one on the east side, and two on the west. These will only be available depending on where you spawn, so always double tap the O key to ensure you’re heading to the right spot. 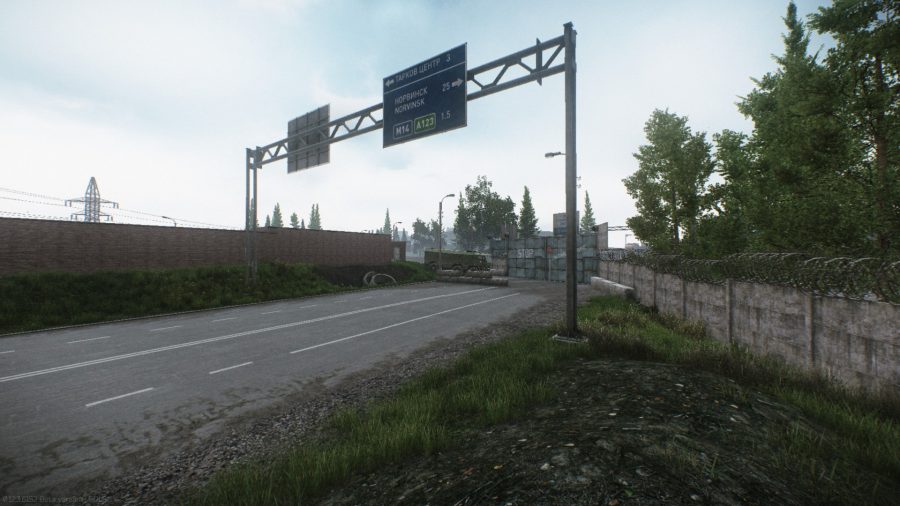 Crossroads is an always-open PMC extract that is in the northwest most corner of the map. There are some vehicles to provide you with cover, but otherwise you are surrounded by long roads with good sightlines, as well as a cut through that leads into storage. If you’re extracting here, make sure you tuck into somewhere safe and don’t let your guard down until you’re out. 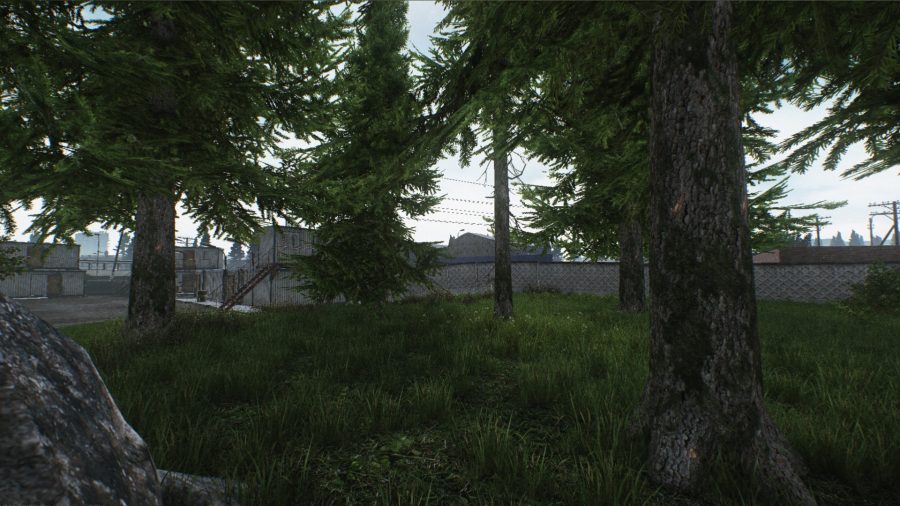 The Trailer Park extract is on the south wall, just down from the storage facility in the east. The spot you’re looking for is a patch of woodland between a roadblock and some worker’s huts. You’ll need to use the trees for cover as you extract, but it can only be approached from the road ahead and is easy to control. 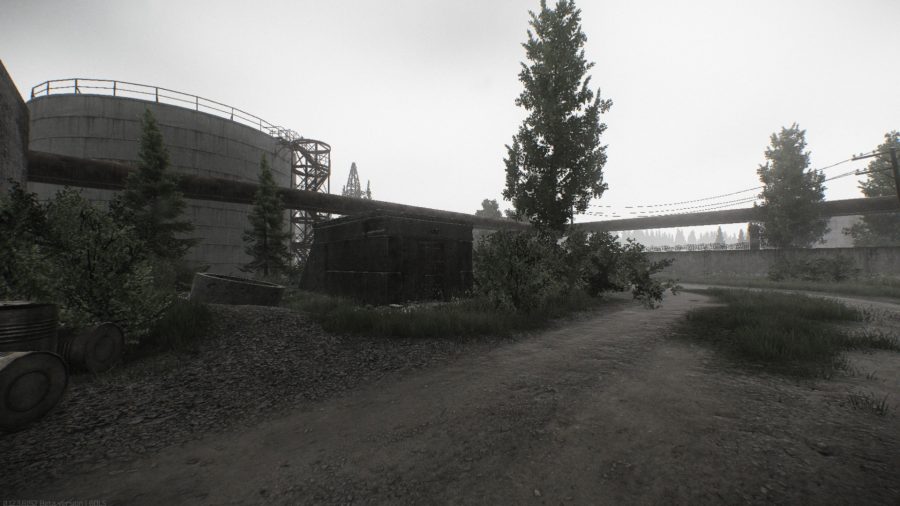 The third extract is in the southeast corner of the map and is only available if you spawn on the east. It is a bunker with a rebar gate blocking the entrance. When you open it, you have to go down some stairs to reach the escape point, so be aware of potential campers hiding around the corner. 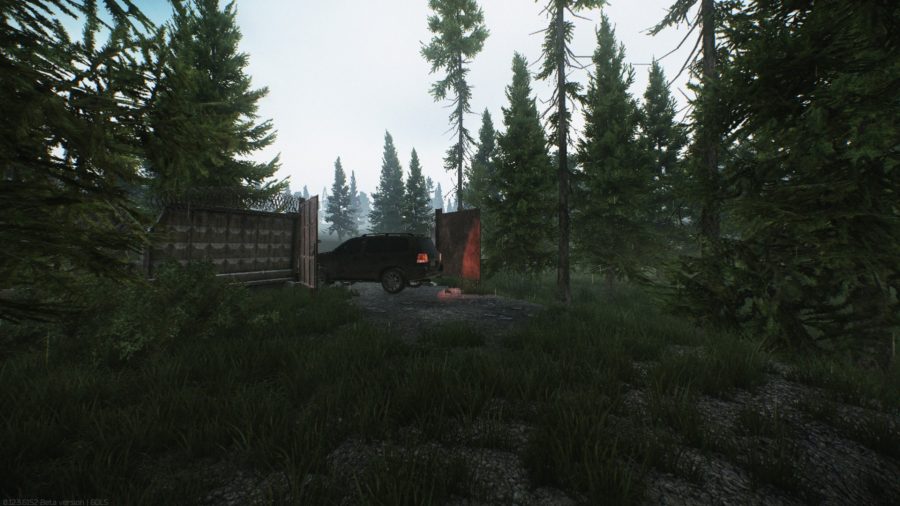 If you’re trying to loot dorms, it’s a good idea to have seven thousand roubles tucked in your gamma because it can give you an easy escape. On the North side of dorms there is an exterior wall with an SUV parked in a gate. If you pay the driver then you can extract up to four people out. Be aware that each player needs to pay the full sum. Once it’s activated it takes a minute to leave so be prepared to take cover while you wait. Once it’s been used, it is gone from the map and cannot be used by anyone else. 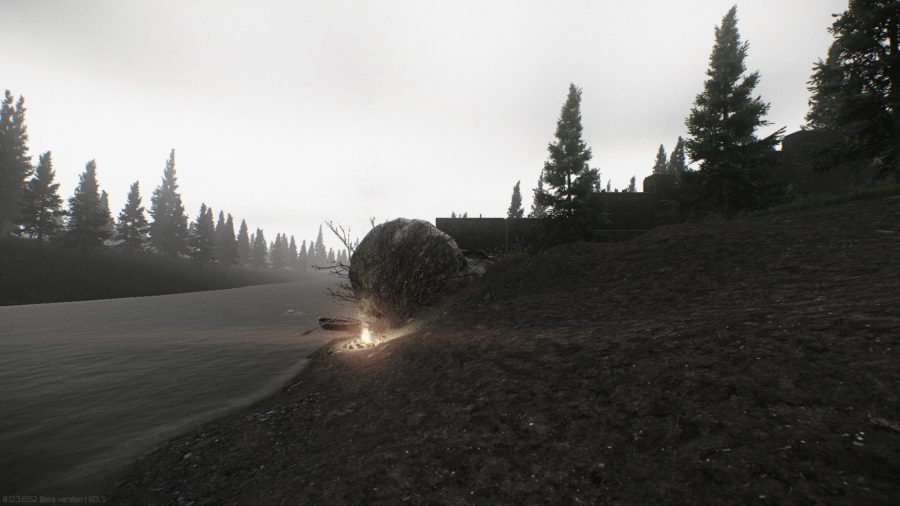 At the north point of the river there is a rock with a campfire. If the fire is lit, then you are good to tuck in by the shoreline and get an extract that can save you some travel over dangerous terrain. 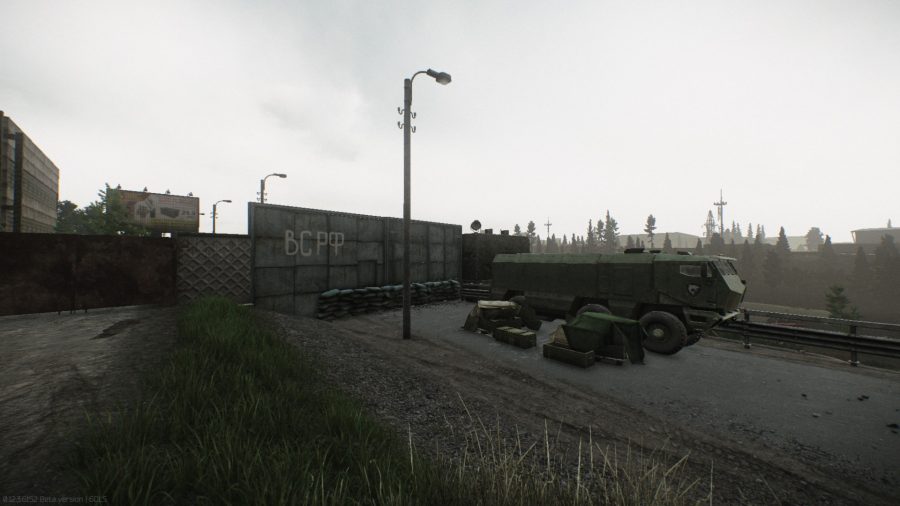 At the southern point of the river there is a Russian roadblock along the road. If the searchlight on the gate is on, then you can use this location to extract. Be aware of the long sightlines across the river and down the road. 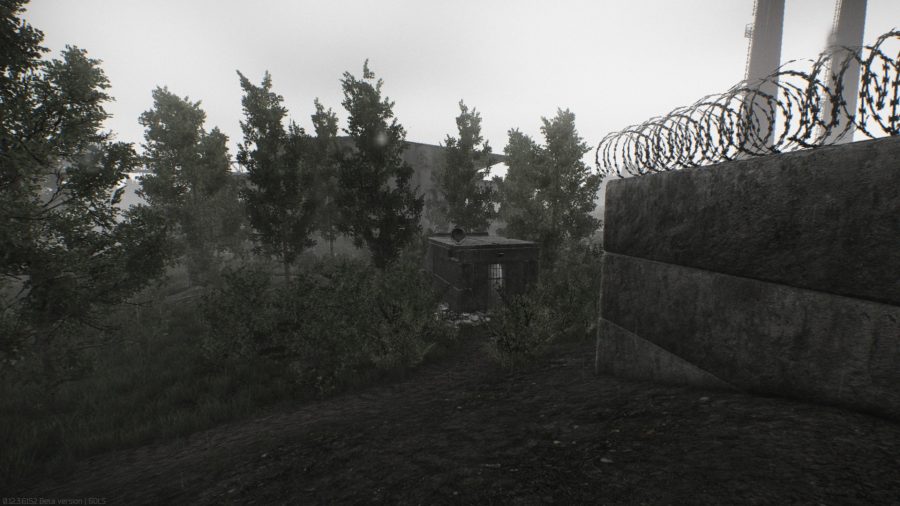 On the southeast side of the map, tucked in some shrubbery behind a warehouse, is a second bunker. This one has a searchlight like the RUAF roadblock and is only usable when it’s on. 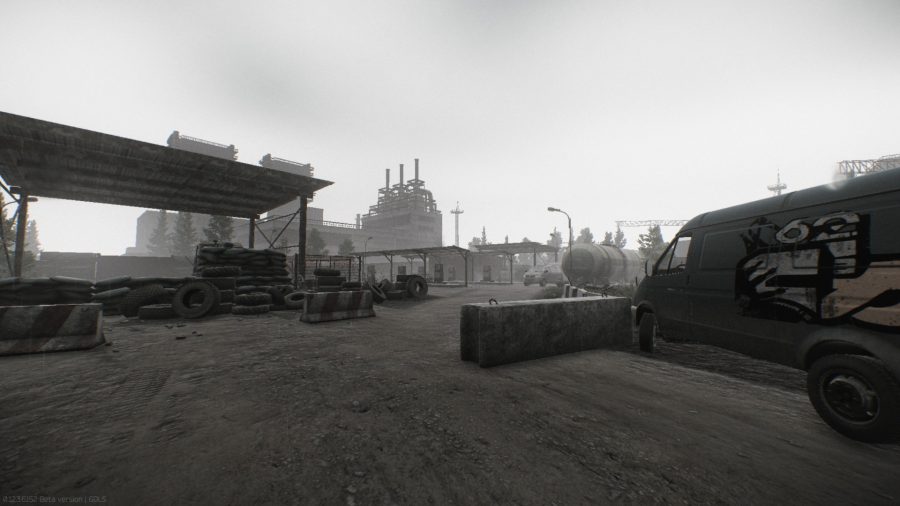 At the south of the warehouse section is a bridge with some old train cars abandoned on it. If you pass below or over, you will reach a desolate gas station. There will be green flares to signal that the extract is available and will require you to go inside the building and down some stairs in the back to reach your evac point. Be aware of Scavs who spawn in this area. Old Gas Station is also a dead end, so you’ll have to fight your way out if another PMC squad follows you in. 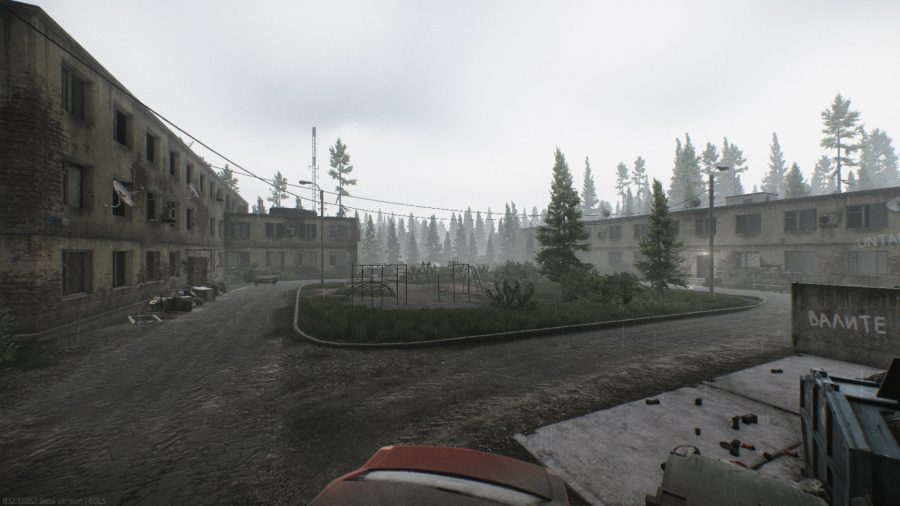 While small spots of loot are scattered across the map, you’ll want to head to dorms to pick up some big-ticket items. The two buildings in the north of the map contain many weapon boxes where you can find attachments and guns. Often there will be Scavs in and around the buildings who you can pick off for some gear and items.

Inside the three-story building is a room locked with a marked key. Getting access to this room can provide incredibly valuable items, ranging from the M416 assault rifle, to a weapons case worth over a million roubles. Other players will likely be gunning for this loot, so be ready for heavy fire.

If you’re looking for a Customs stash map then m1ksu and Marvelin have posted an exceptional map of all the stash spots on Customs to Reddit that we’ve embedded above. 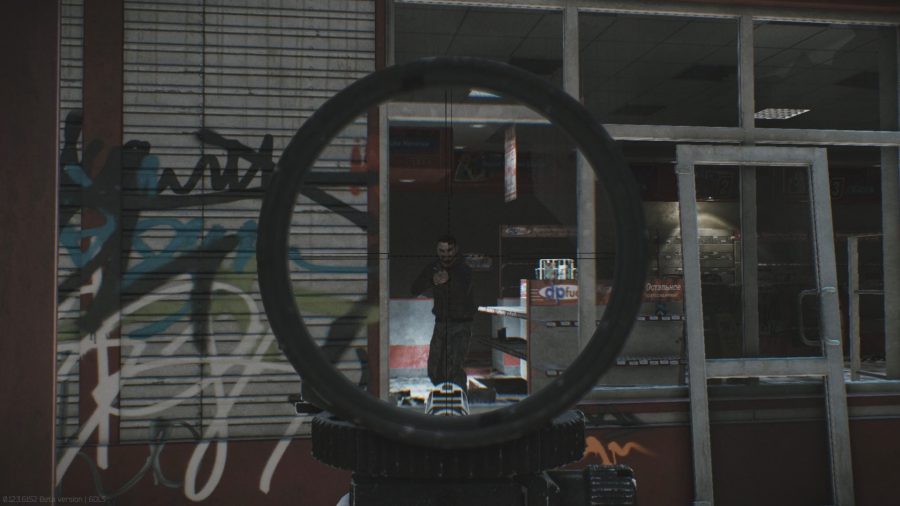 The Boss Scav in Customs is named Reshala, and can be found in either dorms, or the new gas station. He can sometimes roam out from these locations to the Military checkpoint, or the radio tower on the hill. He has four guards who will follow and protect him.

These can be tough opponents so try to use range and grenades to your advantage, as well as having easy ways to break line of sight and heal. Reshala and his followers both have more health than regular AI and tend to wear decent armour – so read up on our Escape from Tarkov ammo guide to learn the best rounds for punching through high level armour. Looting them all can guarantee some good weapons, armour, and items.