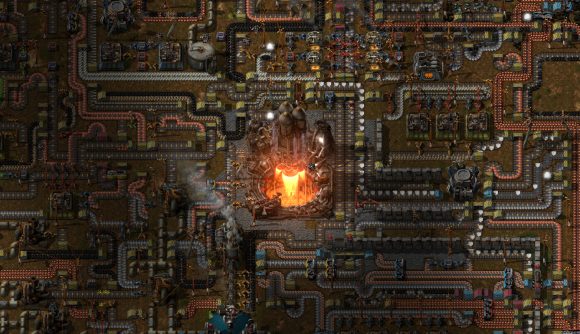 Videogame key marketplace G2A recently vowed to pay devs ten times the amount lost on chargebacks from key resale fraud – if they can prove it took place. While some have signed a petition calling on G2A to stop selling indie titles, others such as Wube – the developer behind Factorio – seem to have taken the site up on its offer. However, the studio has suggested that G2A is taking its time following through with it.

In a blog post on its website (via PCGamesInsider.biz), the studio says under a section called “G2A – Worse than Piracy” that “we had a ton of chargeback and fraud issues in 2016 just after our Steam launch, with over 300 Steam keys of the game being purchased with stolen credit cards. With an average chargeback fee of about $20, we estimate the total amount of fees we paid because of chargebacks is about $6,600”.

It says it contacted G2A about its offer of compensation, which the marketplace says would involve a “reputable and independent auditing company” looking to find out “if any game keys sold on G2A were obtained using stolen credit cards on a developer’s store.” However, Wube suggests that G2A “are not exactly prompt in terms of dealing with the request. I have a list of all the Steam keys I had to revoke because they were purchased fraudulently, and G2A offered to check the keys. Currently this is where the story ends, they haven’t replied to my last email (two days ago) sending them the keys and asking how many of them were sold on the website”.

Since the blog was posted on July 12, G2A appears to be in contact with Wube about this. We reached out to G2A for comment, and it responded saying it was in touch with the Factorio devs and would share more details soon, though Wube hasn’t posted an update on this yet.

The developer has echoed the sentiments of Mike Rose, the director of indie publisher No More Robots, who started the above petition and encouraged players to just pirate No More Robots games rather than purchase them on G2A. Wube says “our stance is pretty much the same as Mike, we would rather you pirate Factorio.”

The studio also indicates that it has proof some of the problematic keys were sold on G2A. After revoking some, it received emails from users asking why their game keys didn’t work, referencing the marketplace as the site they’d purchased them from.

Read more: Check out our list of the best PC games

Wube recommends that people “buy from us or one of our official partners. Not only for the reasons you might think. If you buy from a grey market site and have a problem with the game, or something goes wrong, you will have to deal with their support system”. It adds that if users buy from the studio directly “you can be sure your case will be handled expediently by team members who know the game in and out”.

Last week G2A proposed a possible solution to key resale concerns in the form of a key-blocking tool, but wants at least 100 devs to sign up by August 15 before it’ll start work on it.